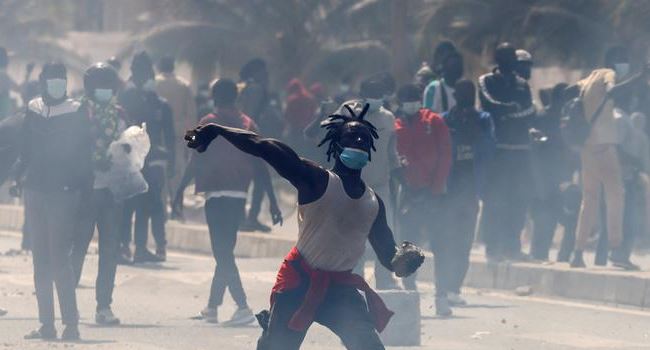 The government of Senegal has suspended the licences two private TV stations after it accused authorities of focusing too much on protests triggered by the arrest of an opposition leader, Ousmane Sonko.

Local media reported on Thursday that the two stations affected by the decision of the National Audiovisual Regulatory Council (CNRA) are Sen TV and Walf TV channels.

“The stations were accused of broadcasting “in loop” images of the unrest after Mr Sonko’s arrest,” an opposition member who declined to be named said in the capital of Dakar.

Mr Sako has been accused of has been accused of raping a woman at a salon where he went to get massages but the opposition leader maintains that the case is politically motivated and an attempt by President Macky Sall’s allies to ensure he can’t run in the next election.

In a related development, police clashed with supporters of Mr Sonko in Bignona town in the southern Casamance region on Thursday with the government confirming that one person was killed in the violence, which followed the arrest of the opposition leader in Dakar a day earlier.

Witness narrates how EFCC under Magu re-looted N1.63tn assets recovered from Maina, others