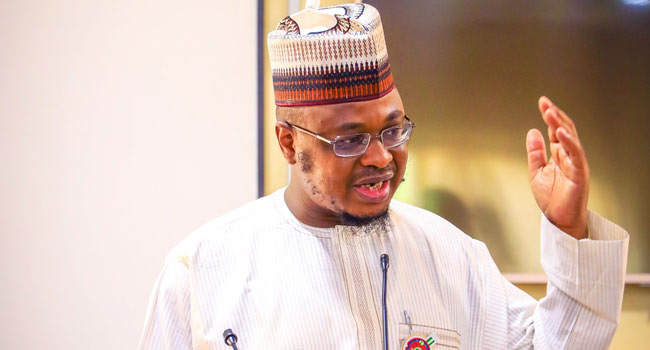 The Socio-Economic Rights and Accountability Project has registered its opposition to a mandate issued by the Nigerian Communications Commission (NCC) requesting Nigerians to submit the International Mobile Equipment Identity(IMEI) of their phones.

Ripples Nigeria had reported that the NCC announced that beginning from July, Nigerians will be required to submit the IMEI of their phones.

This was stated by the regulatory body in the Revised National Identity Policy for SIM Card Registration.

“With the aim to curtail the counterfeit mobile phone market, discourage mobile phone theft, enhance National Security, protect consumer interest, increase revenue generation for the government, reduce the rate of kidnapping, mitigate the use of stolen phones for crime, and facilitate blocking or tracing of stolen mobile phones and other smart devices, one of the means to achieve this is through the deployment of Device Management System.

“The implementation of a Centralised Equipment Identity Register otherwise known as Device Management System will serve as a repository for keeping records of all registered mobile phones’ International Mobile Equipment Identity and owners of such devices.

“IMEIs that have been reported as either stolen or illegal will be shared through the DMS to all the operators and service providers,” the NCC policy had decreed.

However, in a tweet issued on Friday, the SERAP tagged the directive as ‘illegal’ and at variance with the 1999 Constitution on mass surveillance.

“We urge President Buhari to direct the Nigerian Communications Commission to immediately withdraw the illegal directive asking Nigerians to submit the International Mobile Equipment Identity of their phones.

“We’ll see in court if this is not withdrawn within 48 hours.

“The directive cannot be justified under any circumstances, as it amounts to mass surveillance, which is contrary to the Nigerian Constitution of 1999 [as amended], and violates the rights to privacy, freedom of expression, and would have a profound impact on other human rights.

“Asking Nigerians to submit their Phone ID is illegal and unconstitutional.

“The International Covenant on Civil and Political Rights, which Nigeria has ratified provides that no one shall be subjected to arbitrary or unlawful interference with their privacy or correspondence,” the rights group said on Twitter.

BREAKING: We urge President Buhari to direct the Nigerian Communications Commission to immediately withdraw the illegal directive asking Nigerians to submit the International Mobile Equipment Identity of their phones.

We'll see in court if this is not withdrawn within 48 hours.