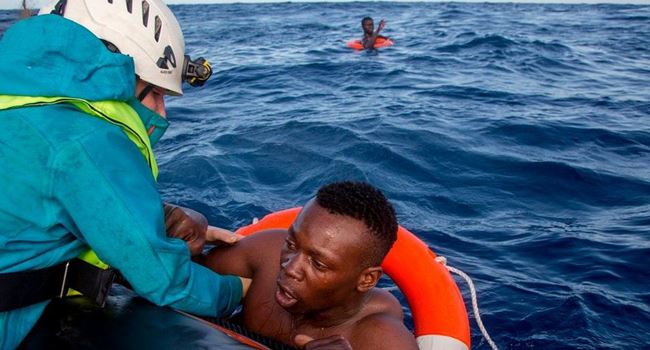 SOS Mediterranee, the owner of the migrant rescue ship, Ocean Viking, on Sunday said it rescued about 203 people, including 67 minors, in the past few days.

According to a post by the non-governmental organisation on Twitter, the migrants came from Egypt, Gambia, Libya, South Sudan, Syria, and Tunisia, and were rescued in four separate operations since Thursday, July 1.

According to the Organisation, in a rescue operation around Malta on Sunday, Ocean Viking picked up 71 migrants who were in an overloaded wooden boat that had embarked from Libya three days earlier.

“They had used up reserves of food and water and four people had to be evacuated on stretchers”, the group added.

Meanwhile, since the start of the year, about 886 migrants have died in the Mediterranean while trying to reach Europe, according to figures from the International Organisation for Migration (IOM).

SOS Mediterranee says it has rescued more than 30,000 people since February 2016.