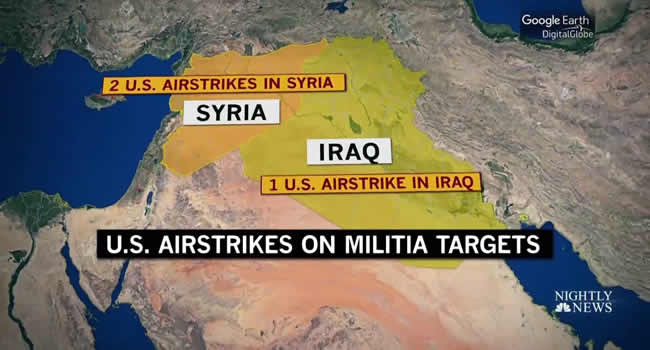 United States forces have carried out another round of air strikes against Iran-backed armed militia groups in Iraq and Syria, in a response to drone attacks against US personnel and facilities in Iraq.

In a statement on Sunday, the US military said it targeted operational and weapons storage facilities at two locations in Syria and one location in Iraq.

Though the statement did not indicate if anyone was killed or injured in the raids, a Britain-based Syrian Observatory for Human Rights said at least five fighters were killed and several others wounded, while Syria’s state-run SANA news agency said one child had been killed and at least three other people were wounded.

The attacks is believed to have come at the direction of President Joe Biden, which will make it the second time he has ordered retaliatory attacks against Iran-backed militia since taking office five months ago.

“The United States took necessary, appropriate, and deliberate action designed to limit the risk of escalation – but also to send a clear and unambiguous deterrent message,” John Kirby, spokesman for the Pentagon, said in the statement.

Kirby added that the targets were selected because “these facilities are utilized by Iran-backed militias that are engaged in unmanned aerial vehicle (UAV) attacks against US personnel and facilities in Iraq.”