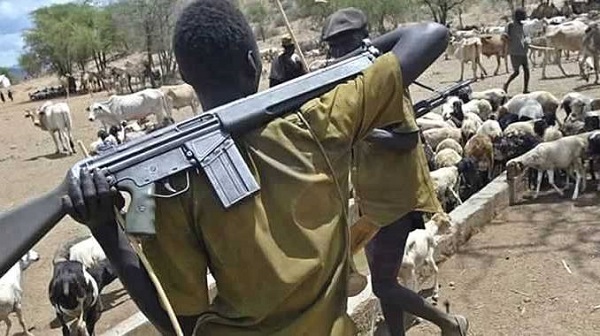 Six people have reportedly been killed following an attack by suspected herdsmen in some communities in Bali and Donga local government areas of Taraba State.

The police in the state confirmed on Sunday that the attackers had invaded the communities on Saturday night and killed the villagers while burning down houses, churches and food produce.

The displaced villagers are said to be taking refuge in makeshift camps in Bali, headquarters of Bali LGA.

The leader of the Tiv community in Bali, Zaki Gbaa, said over 4,000 people were currently taking refuge at the Tiv Traditional Council Hall, NKST-Universal Reformed Christian Church, the Legislative Hall, and other locations in the town.

“The population of the internally displaced persons is overwhelming and there is no more space to accommodate them.

“Many of them are being beaten by rain anytime rain falls because of the nature of the camps. I worry for the children and pregnant women that we have here. There is no food to even go round. The situation is so pathetic,” Gbaa said, while appealing to the government and public spirited individuals to come to the IDPs’ aid.

The state police spokesman, ASP David Misal, who confirmed the development to Ripples Nigeria, however said that only three people were killed in the attack on villages around Gazabu and Utsua Daa.

“Yes, there have been attacks in the said communities but only three people were killed and not the six you mentioned.

The Commissioner of Police, CP. Ahmed Mohammed Azare, has ordered a deployment of combat ready police officers to the affected areas to restore peace and also comb the area to arrest the attackers and bring them to justice.

“I can’t readily confirm that they are herdsmen as being speculated but I am sure by the time they are arrested, their true identity will be unveiled”, he stated.

Related Topics:HerdsmenTaraba communities
Up Next