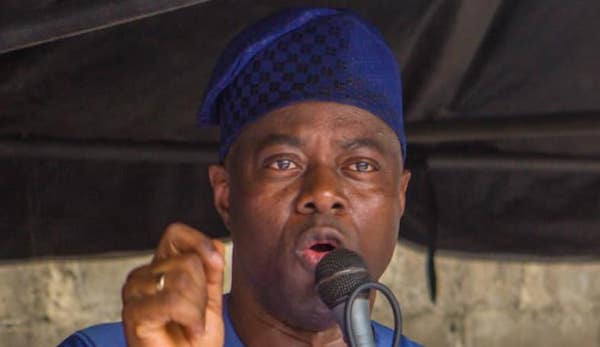 Conversations across social media platforms on Wednesday reflected the preeminent concerns of Nigerians with respect to the state of the nation.

Telecom operators who fail to comply with the directive would risk outright withdrawal of their licence while lines not linked with NIN numbers by the end of the month would be blocked automatically, the NCC warned.

But many Nigerians have tagged the deadline ‘unrealiatic’ and the information impromptu, considering the country’s large population and limited registration outlets amid the Covid-19 pandemic.

It means whether u av NIN before or not then U'll av to go for d registration again..
Imagine over 150m Nigerians going to register for NIN in a state dah doesn't even have up to 10 NIMC centres

And it’s December a festive month you want it to happen, who do we offend for God’s sake? Why do we have to suffer in our own country? Don’t you people have any empathy left in you?
Everyday drama laise Korean movies? I’m tired of this country.

My fingerprints were taken when I got my National ID Number, my driver's licence, my BVN and when I was registering my SIM card.

Yet I still need to go in person to link these things? I hate this country.?‍♂️

The Same Govt that said #EndSARS was spreading Covid 19 wants N100M people to get NIN to Register Sims in 2weeks. We have not gotten our Nation ID 5 years after registration & when you try to get your NIN thru USSD from NIMC dey charge you N20 while you get nothing in return ?‍♂️?

Nigerians on Wednesday debated the legitimacy of the regional security outfit, Eastern Security Network (ESN) recently launched in the South-East and South-South of Nigeria by the leader of the Indigenous People of Biafra (IPOB), Mazi Nnamdi Kanu after video footages surfaced showing the corps patrolling communities in the region.

Kanu had stated on Monday that the ESN, which was necessitated by the failure of the South-East governors to address the nagging issue of insecurity, would be modelled like Amotekun in the West and was set to “bring to an end, years of Miyetti Allah terrorism in the land”.

“Having waited for many years for our governors to secure our land as Yoruba governors did to no avail, we the people of the East comprising of South East and South South have resolved to defend our land from the ravages of terrorism and extra judicial killings by the criminal and killer herdsmen backed by Nigerian armed forces,” Kanu added.

Most Nigerians who have found the development disturbing, questioned the validity of a security system run by a leader of a proscribed secessionist movement.

Kanu, however, cleared the air on Wednesday saying that the ESN was not a Biafran army.

“We want to make it clear that Eastern Security Network is not a Biafran army but simply a vigilante group like Amotekun in the West. It’s a child of necessity born to cover up the weakness of our political leaders who have lost the courage to protect our people,” he said.

This will definitely end in tears. Who bought these guns for them? Federal government will definitely send forces against them and war will start. I just pray easy won’t turn to Borno after the fight.

Nnamdi Kanu is the problem of Ndigbo

A gun in the hand of a person who sees Nnamdi Kanu as his leader is like giving a mad man lighter in a petrol station. People who detest opposing views? This is a no for me

Twitter Users lauded the Governor of Oyo State, Seyi Makinde for knocking politicians aspiring for the 2023 presidential bid, stressing that Nigeria was more in need of restructuring than the ethnicity or tribe of the next president.

The governor had made the statement at the handing over ceremony of vehicles and motorcycles to the regional police, Amotekun, in Ibadan on Tuesday.

“I have heard some of our political leaders jostling around and saying they want to become the president of Nigeria in 2023. I think what we need at this stage is to secure our people and restructure Nigeria. It does not matter who is the president in Abuja. In a restructured Nigeria, every corner of the country will feel the impact of the government. That is what we need.

“May God protect those running around for the presidency till 2022. By that time, we will meet and, by then, we will get to know whether it is restructured Nigeria or Yoruba presidency that we need,” Makinde said.

Although Makinde did not name any politician, some believe that the governor was taking an indirect swipe at the National Leader of the All Progressives Congress, Asiwaju Bola Ahmed Tinubu’s alleged presidential ambition.

Yoruba Presidency won't guarantee a better Yoruba land, it won't guarantee a secured country and it will never guarantee better security structures.
I know nobody would be as worse as the current administration but still we need to look beyond politics of ethnicity, regional etc.

Seyi Makinde is the Premier of Southwest Nigeria. I don’t care.

If you have confab on the table and you do not want to implement it? What else do you have to offer as a party and why the brouhaha for Seyi Makinde's call for restructuring??
Countdown already begun and you can't remove the battery?