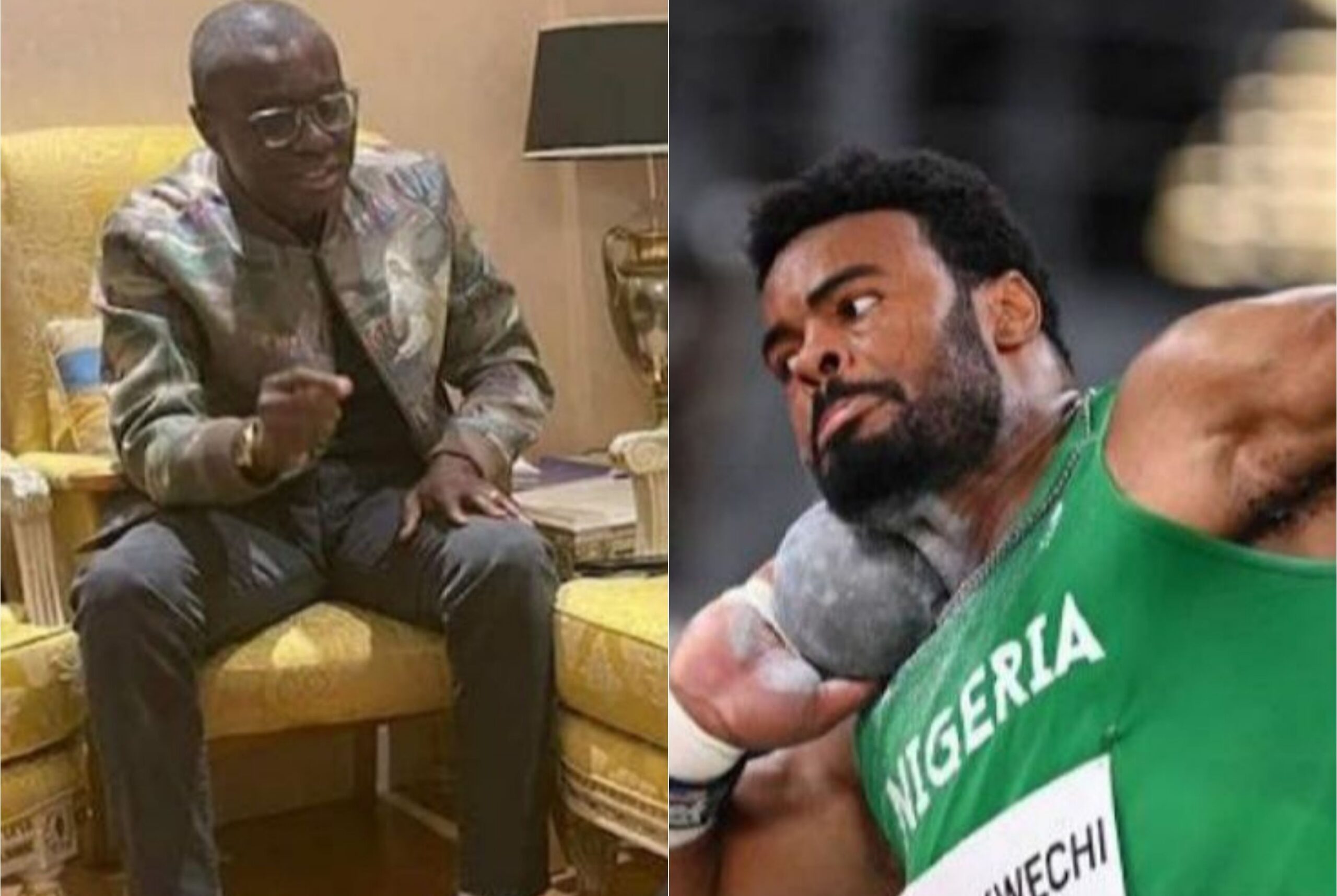 Viral pictures of Lagos Governor Babajide Sanwo-Olu’s visit to the All Progressives Congress (APC) chieftain, Bola Tinubu in London confirming claims that Tinubu was hale and hearty have sparked reactions on social media.

Reacting to rumours his principal was hospitalised on Wednesday at the State House with correspondents in Alausa, the Lagos State Governor, Babajide Sanwo-Olu said Tinubu who is currently out of the country is alive and without any medical issue.

According to the governor, the purpose of the visit was to dispel obnoxious rumours and ease the minds of those worried about the state-of-health of the APC helmsman.

The Governor’s Chief Press Secretary, Gboyega Akosile, also quoted Sanwo-Olu as saying that two men discussed “happenings in the APC, national issues and other matters” when they met in London.

In the pictures where one of them is time stamped “03 August/5:35pm”, the governor could be seen engaging the APC leader in a conversation.

Speculations of Tinubu’s demise heightened across social media after he was conspicuously absent from the Lagos Local Council election which held two weeks ago.

He was also not available for the Congresses of the APC which held during the weekend.

There are still speculations the pictures supposedly taken yesterday are old, as many demanded that the APC leader speak for himself.

Here’s what Nigerians are saying:

Nigeria’s representative in the Shot Put event at the ongoing Tokyo Olympic Games, Chukwuebuka Enekwechi got tongues wagging on Wednesday after he revealed that he was only given one kit for the games.

Enekwechi, in a now deleted TikTok video of himself washing his kit wrote: “When you made the Olympic Finals but you only have one jersey.”

The US bred athlete on Tuesday, August 3, 2021, had a toss of 21.16 meters to finish seventh in qualifying and advance to the final as one of the best 12 competitors.

The development is the latest in the long list of complaints from athletes representing Nigeria at the Olympic games in Tokyo.

Some athletes had staged a protest at the Games after there were disqualified for failing to undergo some tests prior to the Games.

There have also been complaints of administrators allegedly trying to divert benefits for athletes as well as issues of non-payment of training grants and massive reduction of camp allowances by officials.

See reactions from Nigerians below:

US govt says suspension of Twitter worrisome, tasks Nigerian media to be vigilant