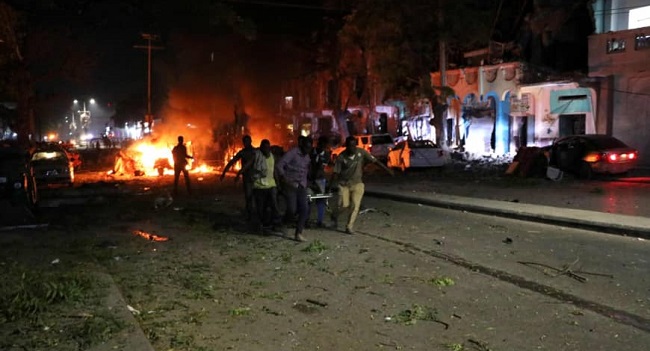 Somali security forces are still neck deep in a gun battle with Islamist al Shabaab fighters who set off a bomb outside the Hotel Maka Al-Mukarama in Central Mogadishu.

Reports say Somali security forces are doing everything to dislodge the insurgents holed up at the hotel they bombed the previous evening, with authorities revealing that the death toll stemming from the attack is nearing 30.

“The militants are still fighting from inside a civilian house adjacent to the hotel,” police officer Major Musa Ali told Reuters on Friday morning. “… (They) are fighting back with grenades and Kalashnikov (rifles).”

Ali revealed that 29 people, mostly civilians, had died in the attack and its aftermath, and 80 others had been wounded.

According to reports, the attack, on the hotel popular with government officials, is part of a pattern of Al Shabaab assaults on high-profile targets in East Africa.