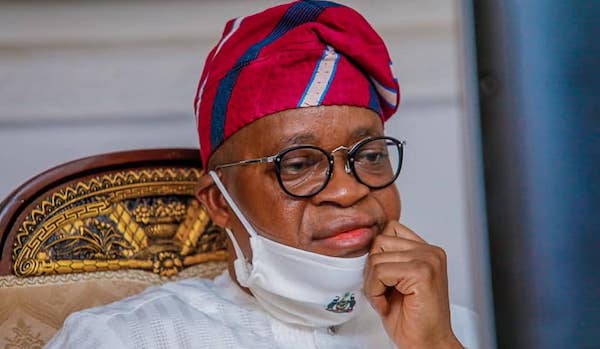 Justice Mathias Agboola of the Osun State High Court sitting in Oshogbo, on Wednesday ruled that the name State of Osun is strange to the Nigerian Constitution.

According to the judge, Constitutionally, the State of Osun does not exist as it not known to the nation’s Constitution.

The judge made the pronouncement while delivering judgement in a case brought before it by a lawyer, Mr Kanmi Ajibola against the state government over a personal tax of N5.3m that the state Internal Revenue Service asked him to pay, adding that it amounted to ‘artistic colouration’ when ‘Osun State’ is referred to as‘State of Osun.’

The plaintiff, Ajibola had approached the court to seek redress over tax demanded from him, arguing that it was punitive because he usually held opposing views to those of the immediate past governor, Rauf Aregbesola.

The lawyer also urged the court to declare the law upon which the tax was based as illegal since it was a law made by ‘The House of Assembly of State of Osun,’ a body unknown to the constitution.

M. Popoola, appearing for the defence, had asked that the case be struck out for lack of jurisdiction.

However, in his judgement, Justice Agboola said lawyers should be wary of legal implications of referring to Osun State as State of Osun while also upholding the submission of the defence that Ajibola did not seek all necessary means of settlement before approaching the court.

He further held that Ajibola should seek redress through other necessary procedures laid down by the tax law, adding that should such failed, the plaintiff should return to court.