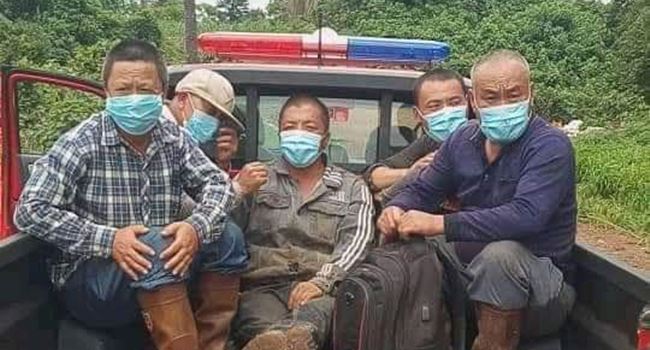 They were arrested alongside a Ghanaian for the illicit act by men of Amotekun corps and other security personnel on Monday.

Following a tip-off by residents, men of the Amotekun corps and other security personnel were said to have raided the illegal mining sites at Itagunmodi, Igun and Ariye 1 and 2 areas of the state, where they arrested the alleged criminals.

The Director-General of Amotekun Corps in Osun, Mr. Amitolu Shittu, who confirmed the development on Tuesday, said the mining sites are in Atakumosa West Local Government Area of the state.

Shittu said, “10 China and one Ghana nationals arrested. The success recorded is as a result of the resolve of Governor Oyetola to rid the state of economic saboteurs.”