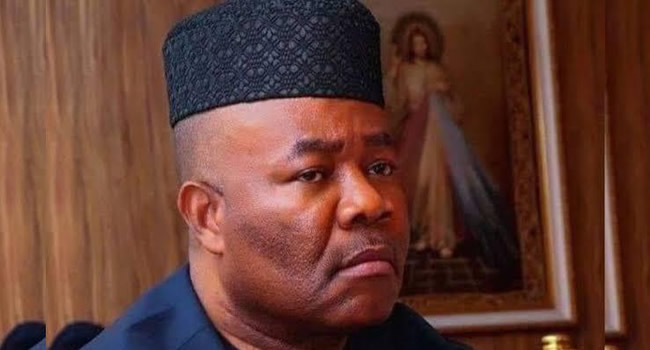 The apex court gave the ruling in an appeal filed by Akpabio, challenging the nullification of his nomination by the Court of Appeal, Abuja, on November 14 last year.

A three-member panel of the appellate court led by Justice Danlami Senchi had in its ruling nullified the ex-Akwa Ibom governor’s nomination for failing to file proof of arguments within the time provided by law.

The panel declared that Akpabio could not have participated in the May 27 primary having contested the APC presidential primary held in June last year.

Before then, Justice Emeka Nwite of a Federal High Court, Abuja, had on September 22, 2022, ordered the Independent National Electoral Commission (INEC) to reinstate the former governor as APC’s candidate after winning the party’s second primary held on June 9.

He also ordered INEC to publish Akpabio’s name as APC senatorial candidate for Akwa Ibom North senatorial district and berated the commission for refusing to publish the ex-minister’s name when it was presented by the party as its candidate.

The judge faulted INEC for opting to monitor the May 27 primary conducted by a faction of the party led by Augustine Ekanem and produced a retired Deputy Inspector-General of Police, Udom Ekpoudom, as the candidate.

At Friday’s proceeding, the Supreme Court upheld the ruling of the Federal High Court and declared the former minister as the duly elected APC candidate in the district.

Justice Ibrahim Saulawa, who delivered the lead judgement, declared that Akpabio’s appeal was meritorious and duly accepted it.

Related Topics:#featuredAkpabiosupreme court
Up Next