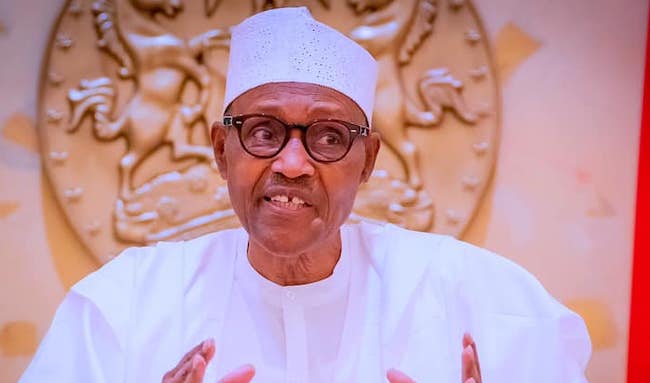 The administration of President Muhammadu Buhari has been described as inept, high-handed and failed to tackle corruption.

Respected London-based news magazine, The Economist, gave the verdict in an editorial titled ‘The Crime Scene at the Heart of Africa,’ which was published in its October 23, 2021, issue.

The magazine said due to Buhari’s mismanagement of the economy, food prices had soared while life had become more difficult for Nigerians.

The editorial read in part: “Economic troubles are compounded by a government that is inept and heavy-handed. Mr Buhari, who was elected in 2015, turned an oil shock into a recession by propping up the naira and barring many imports in the hope this would spur domestic production.

“Instead he sent annual food inflation soaring above 20 per cent. He has failed to curb corruption, which breeds resentment. Many Nigerians are furious that they see so little benefit from the country’s billions of petrodollars, much of which their rulers have squandered or stolen.”

The Economist stated that even before COVID-19 last year, Nigeria was already witnessing unprecedented poverty.

The news magazine opined that this economic hardship was fuelling the current insecurity in the country.

“Two factors help explain Nigeria’s increasing instability: a sick economy and a bumbling government. Slow growth and two recessions have made Nigerians poorer, on average, each year since oil prices fell in 2015.

“Before COVID-19, 40 per cent of them were below Nigeria’s extremely low poverty line of about $1 a day. If Nigeria’s 36 states were stand-alone countries, more than one-third would be categorised by the World Bank as “low-income” (less than $1,045 a head). Poverty combined with stagnation tends to increase the risk of civil conflict,” it argued.

The Economist also attacked the Nigerian Army, describing the military organisation as only strong on paper and that the army had ghost workers on its payroll and alleging often sold equipment to insurgents who destabilise the nation.

On the Nigeria Police Force, The Economist said it was poorly trained and underpaid, making them rob innocent citizens in order to augment their salaries.

“When violence erupts, the government does nothing or crack heads almost indiscriminately. Nigeria’s Army is mighty on paper. But many of its soldiers are ‘ghosts’ who exist only on the payroll, and much of its equipment is stolen and sold to insurgents. The army is also stretched thin, having been deployed to all of Nigeria’s states.

“The police are understaffed, demoralised and poorly trained. Many supplement their low pay by robbing the public they have sworn to protect”, it said.

The magazine also called on the Department of State Services (DSS) to stop disobeying court orders and release all those being detained illegally.

The Economist further described as scandalous, the refusal of the Nigerian government to arrest and prosecute any of the security operatives that killed protesters in Lagos last year, adding that to stop the slide towards lawlessness, Nigeria’s government should make its own forces obey the law.

“Soldiers and police who murder or torture should be prosecuted. That no one has been held accountable for the slaughter of perhaps 15 peaceful demonstrators against police abuses in Lagos last year is a scandal. The secret police should stop ignoring court orders to release people who are being held illegally. This would not just be morally right, but also practical: young men who see or experience state brutality are more likely to join extremist groups”, the editorial added.

The magazine also noted that Nigeria was home to one of the largest film industries in the world and had the most successful start-ups in sub-Saharan Africa, adding however that despite the great potential of the country, youths were beginning to emigrate in droves because of the sorry state of of the country.

Related Topics:#featuredBuhariNigerian govt
Up Next

Masari urges Buhari to declare state of emergency on insecurity