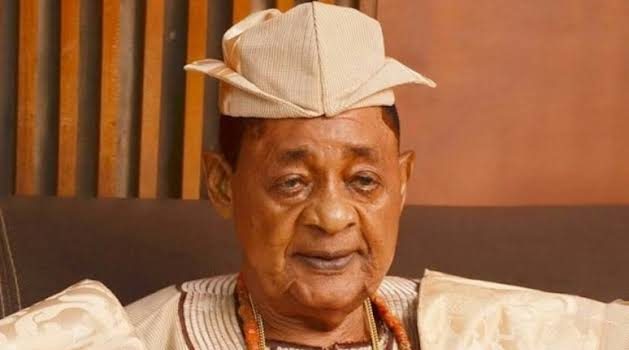 The Alaafin of Oyo, Oba Lamidi Adeyemi, has warned that there is looming anarchy in the land if the siege on Yorubaland by herdsmen and kidnappers is not immediately contained.

The monarch gave the warning in a letter he wrote to President Muhammadu Buhari, where he catalogued the spate of insecurity in Yorubaland by herdsmen and their collaborators.

He also accused the President of not bringing the culprits to book, adding that the Yoruba had all it took to resort to self-help if the security in the zone did not improve and people guaranteed safety of lives and property.

In the letter titled, ‘Yoruba Question in Nigeria Conundrum,’ the Alaafin wrote: “I have never been timid or failed in my total support for the success of your administration. My confidence had always been based on Your Excellency’s ability, fitness and competence in leading the country to the Promised Land, where law and order will prevail, individual liberty is guaranteed and economic wellbeing of the citizens is assured.

“In recent time, however, I am worried about the security situation in the country, especially in the South-West geo-political zone, nay the entire Yoruba-speaking area of the country, including Kwara, Kogi and Edo states.

“This has to do with the menace of Fulani herdsmen that have laid siege to almost all the highways of Yorubaland. Whether in Owo, Akure, Ilesa/Ife-Ibadan road or Ibarapa zone and the Ijebu area of Ogun State, the story is the same.

“I have held a series of consultations with opinion moulders and eminent Yoruba leaders about the menace of these cattle herdsmen with assault such as raping of our women and on some occasions, in the presence of their husbands. That is apart from massive destruction of our agricultural land, which ultimately points to imminent starvation.

“On top of it all is the menace of professional kidnappers usually in military uniforms. What is more worrisome about the kidnapping notoriety is the impunity with which these kidnappers go about their nefarious activities.”

According to the Alaafin, people were worried by the audacity of the lawless people in effecting their illegal acts in broad daylight on bushy highways without any arm of security being able to do anything.

“We cannot even talk of parading suspects because no major arrests have been made in this part of the country. Without arrests, we cannot talk of their facing the law. In the face of the apparent helplessness of our security agencies, where do we go from here?”, he said.

The monarch said in the face of the helplessness of the security agencies, the people were finding it unavoidable to resort to alternative measures to safeguard their lives and property.

“Suffice to say that in most part of Yorubaland, their pre-colonial military structures have not been totally collapsed. Hence, such structures like Odua People’s Congress, Agbekoya and other vigilante groups still exist,” he added.

The monarch further added that as the “Alaafin of Oyo, the King and Head of all Yoruba at home and in the diaspora and the Chief Custodian of Yoruba culture and values” he was compelled to tell the President that the people of Yorubaland lived in palpable fear because of new wave of insecurity, reminding him of the crime that had been committed by the herdsmen and urging him to rise to the occasion.

He said: “Certain individuals were kidnapped along Erio-Aromoko Road, Ekiti State. They were tortured and exposed to danger in the forest for over two weeks. These victims included the Secretary of the Nigerian Bar Association, Ikole branch, Adeola Adebayo, whose decomposing body was eventually found after a ransom price of N4m had been paid.”

He also listed other victims of the marauders to include, two officials of the Federal Road Safety Corps, both Yoruba, who were picked up along Ilesa-Akure highway; Musibau Adetumbi, a legal practitioner based in Ibadan; Prof. Adegbehingbe, a surgeon at the Obafemi Awolowo University, Ile-ife; Dr Muslim Omoleke; Mr Ayo Oladele, and Dayo Adewole, son of a member of 2015-2019 executive council and Minister of Health, Prof. Isaac Adewole, who was kidnapped on his farm at Iroko, a village along Ibadan-Oyo road.

“I am therefore writing to you, as a concerned stakeholder in your administration to alert you to the need to quickly respond to these and other issues concerning Yorubaland. There is a general impression among opposition group that you are not known to take decisive and proactive steps in many matters of national interest and that you are not usually too disturbed about the gale of insecurity in Yorubaland.

“May I also share with you the outcome or product of my wide consultations in Yorubaland to let you know, beyond what official security reports will make available to you, that there is a growing feeling of frustration, disappointment and despondency among our people, which if not immediately addressed, could lead to other serious national catastrophes and security challenges.”

RESTRUCTURING: 12 unforgettable points of the El-Rufai report rotting away in APC’s cupboard