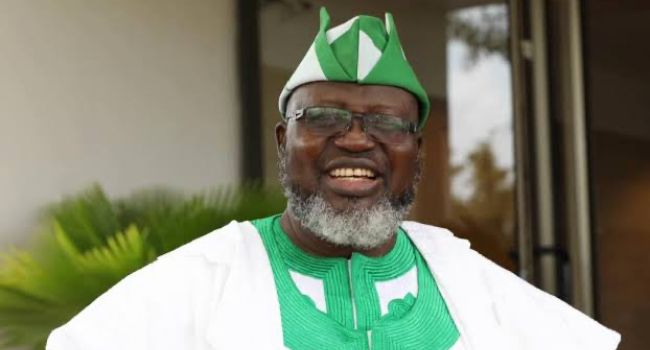 Former Minister of Communication and National Coordinator of the Tinubu/Shettima Coalition for Good Governance, Adebayo Shittu, has criticised the pan-Yoruba socio-political group, Afenifere, over their resolve not to support the ambition of the All Progressives Congress (APC) presidential candidate in the 2023 election, Asiwaju Bola Ahmed Tinubu.

Shittu who lampooned the Pa Ayo Adebanjo-led group’s position at a political forum organised by the ‘Progressive Friends of Asiwaju Bola Ahmed Tinubu’ in Ado-Odo Ota Local government area of Ogun State on Friday, said with or without the support of Afenifere, Tinubu would win the election.

Shittu was reacting to recent comments credited to Pa Adebanjo where he reportedly said that Afenifere had thrown it weight behind Peter Obi, the presidential candidate of Labour Party (LP).

At a press conference, Adebanjo, had reiterated that Afenifere would be supporting Obi because it was “only equitable for an Igbo president to emerge having had a Yoruba president between 1999 – 2007.”

But while countering Adebanjo, Shittu said:

Read also: Tinubu a nightmare for PDP, others – Keyamo

“Why should Baba Adebanjo’s matter give any concern? In the last 22 years, Baba Adebanjo has never won, not even a councillorship election for himself or any of his proxies.

“So, as far as I’m concerned, it is a non issue and I will rather ignore him than make a fuss of it.

“Baba Adebanjo has never supported the Yoruba cause and whatever he does now goes to no issue as far as I’m concerned. We are all Yorubas, Baba is more than 90 years old and you know at that age, you have to excuse him of so many fallible, political and otherwise.

“With or without Afenifere, Tinubu will win and become Nigeria’s president in 2023,” Shittu said.