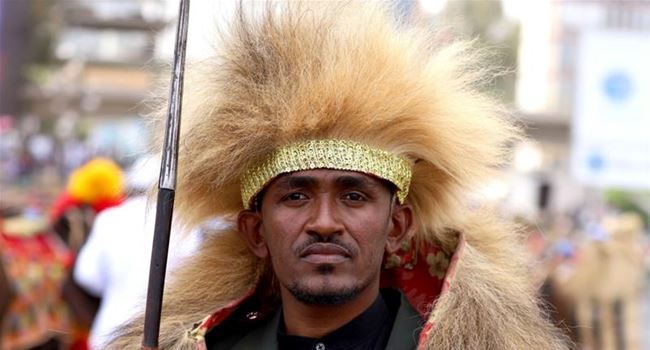 Concerned authorities in Ethiopia have confirmed the arrest of two suspects involved in the fatal shooting of Haacaaluu Hundeessaa, a musician widely revered among his Oromo ethnic group.

The arrest of the suspects whose actions sparked wild protests in which hundreds of people were killed, was confirmed in a televised statement on Friday by Attorney General, Adanech Abebe.

He said that the attacker was acting on the orders of an anti-government group, the Oromo Liberation Front (OLF-Shene).

Abebe also added that the two men who were arrested included the suspected attacker and an accomplice. A third suspect was still at large, Adanech said.

“We have arrested those who killed him, and those who collaborated in the killing,” Adanech said in the statement. “We will continue to ensure the rule of law.”

“The assassination was intended to be a cover to take power from the incumbent by force,” Adanech said, without providing details.

This came after the death toll arising from protests over the fatal shooting of Hundeessaa increased from 166 to 239 according to local police.

Officials have attributed the increase of deaths to a combination of lethal force by security officers and interethnic violence.