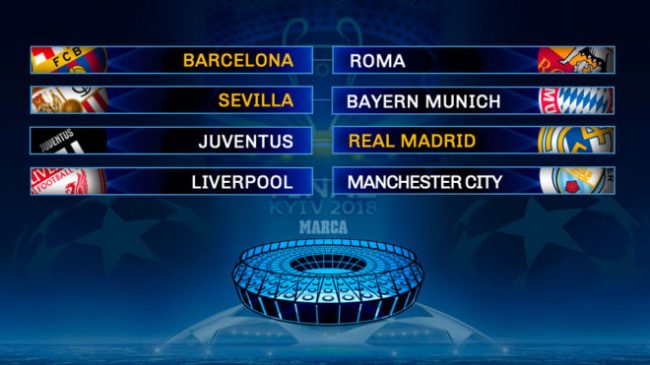 Defending champions, Real Madrid will play against last season’s finalists, Juventus in the quarter-finals of the 2017/2018 UEFA Champions League, according to the draw on Friday.

Real defeated Juve in the final of last season to lift the continental club trophy for a second time in a row, and have been drawn against the Serie A champions now in the last eight.

The La Liga giants eased past Paris St-Germain to get to this stage while Juve battled past Tottenham in the round of 16.

Also in the quarter-finals stage, the two English Premier League sides left in the competition– Liverpool and Manchester City– were drawn against each other.

La Liga leaders, Barcelona will play Serie A side, AS Roma, while Sevilla, who knocked Manchester United out of the competition, will battle for a last four spot with Bundesliga side, Bayern Munich.

The first leg of the ties will hold on 3rd and 4th of April, with the return the following week on 10th and 11th of April.

Infantino okays use of VAR at World Cup amid criticism