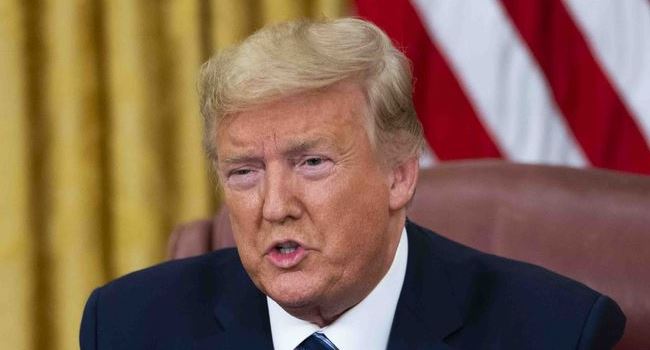 The President on the United States of America, Donald Trump has moved to impose new sanctions on China after it imposed a security law on Hong Kong, regarded as a semi-autonomous state.

This was revealed on Friday by the US Secretary of State Mike Pompeo who said that the United States was imposing visa restrictions on Chinese Communist Party officials believed to be responsible for restricting freedoms in Hong Kong.

“President Trump promised to punish the Chinese Communist Party officials who were responsible for eviscerating Hong Kong’s freedoms. Today, we are taking action to do just that,” Pompeo said.

He said China had stepped up efforts to undermine Hong Kong’s autonomy through the legislation and by pressuring local authorities to arrest pro-democracy activists and disqualify pro-democracy electoral candidates.

“The United States will continue to review its authorities to respond to these concerns,” he said.

This came almost a month after Hong Kong officials faulted the President Donald Trump for moving to strip the city of its special status in a bid to punish China for imposing national security laws on the semi-autonomous nation.

Security minister, John Lee told reporters on Saturday after Trump said the city no longer warranted economic privileges, that Hong Kong could not be threatened and would push ahead with the new laws imposed by China.