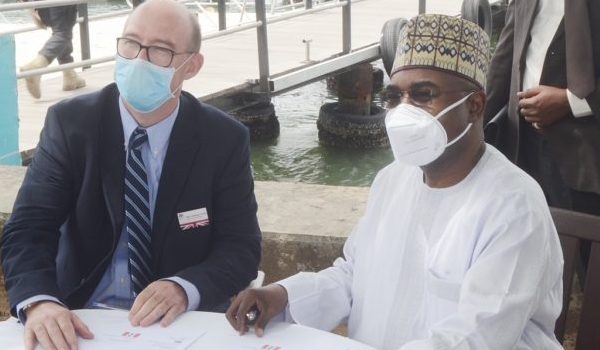 The United States and the United Kingdom governments on Tuesday pledged more support for the Nigerian government in its campaign against illicit drugs in the country.

The Director of Media and Advocacy for National Drug Law Enforcement Agency (NDLEA), Femi Babafemi, who disclosed this in a statement in Abuja, said the US Consul General, Lagos Consulate, Claire Pierangelo, and the British Deputy High Commissioner in Nigeria, Ben Llewellyn-Jones, stated this during the presentation of a speedboat to the agency in Lagos.

Pierangelo expressed satisfaction with the performance of the NDLEA Chairman, Brig. Gen. Buba Marwa (retd), in just eight weeks on the seat.

She assured that the US government would collaborate with the Nigerian government due to the dynamism and efficiency brought into the NDLEA operations by its chairman.

In his remarks, Llewellyn-Jones said the UK government was pleased with the series of illicit drugs seized by the NDLEA at the Murtala Mohammed International Airport, Lagos.

The British envoy added that the seizures of illicit drugs at the Lagos ports shortly after Marwa assumed the office were commendable.

He said: “Since your (Marwa) appointment, there has been a flurry of activities. There have been huge seizures across commands.

“The cocaine seizure at the Murtala Mohammed International Airport, Lagos, was massive and for this, NDLEA must be recognised and commended.

“We will continue to give you all the necessary support. We must continue to work on our relationship to make sure that the current situation continues.”

In his response, the NDLEA chief assured the British government that the boat would be put to good use and thanked them for their investment and support for the war against illicit drugs in the country.