Home » Sports » Want to put together a winning AFCON team? Here’s the formula 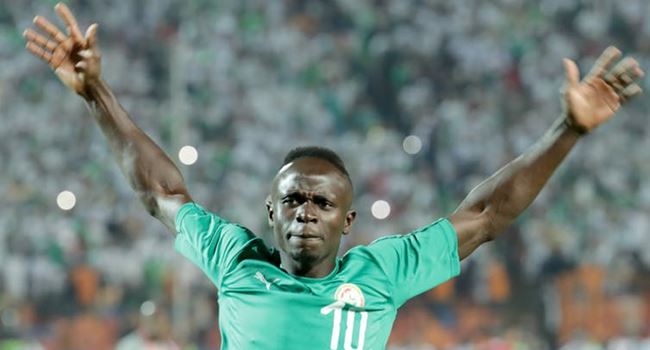 The African Cup of Nations (AFCON) tournament is the most important sporting event on the continent. It attracts media attention, sponsors and draws significant global viewership. Organised every two years, it is also considered one of the most difficult to win based on a large qualification pool.

Since it was first held in 1957, only 14 countries have won the right to be called African champions. What factors could possibly explain this?

There is a shortage of research in this area. So, we set out to understand what factors could explain the successful performance of these national teams in Africa’s premier football tournament.

Unlike normal clubs, national teams don’t have full-time players. Instead they have to draw them from club teams, both domestically and abroad. Given the short time they have available to select and prepare a national team for a major tournament, a huge plus would be knowing what a winning combination looks like. Understanding these factors could also have broader management applications, such as a reliance on teamwork, cohesion, diversity as well as recruiting the right people.

Drawing panel data from AFCON tournaments held between 1990 and 2017, we studied the performance of 38 African countries. We found that team mix, young talent, team experience and the national team’s ranking by FIFA had a significant marginal effect on the performance of teams in the continent’s premier tournament.

Our data analysis showed how active, elite foreign based and local players, a blend of young talents, team experience and familiarity with the terrain and nature of the tournament, and consistent high international ranking by international football governing body FIFA improved a team’s chances of winning tournaments.

Based on our findings we have come up with a proposed framework for composing a national team around four areas: team mix, young talent, team experience and international rankings. This framework applies even at the World Cup level to teams from other regions.

So, what is it about these dimensions of team composition that explains a national team’s chances of winning the African Cup of Nations?

First, a look at selecting players who have played for top leagues abroad.

These players offer experience that translates into high performance. Foreign clubs have better training facilities which enable migrant players to develop their talents and improve their performance.

But players from national teams bring their own set of strengths. Those who have played in a domestic league are familiar with the African terrain and adapt better to terrain changes.

There’s more to the team mix than this: a national team increases its winning chances if it can establish a unique identity that transcends the assembly of star players.

And then there’s the age factor. The consideration of what we label young talent is also imperative to overall success. This refers to a team’s average age. A team with an average age of 22 can be described as youthful. These players offer physical strength but they are inexperienced. A mature team is one with an average age of 26. These players have strength and stamina to ensure high performance. The third category in the mix is the experienced group, built around players aged 27 years and older. This category has experience but may lack strength on the pitch.

Ideally, a team should have a blend of all three.

Team experience is also crucial. This refers to the number of appearances made in the tournament, which can help guarantee familiarity with tournaments. A good level of team experience is participating on average at least nine times. Beyond this, a team stands an improved chance of thriving in continental tournaments.

The fact that team experience matters is supported by other studies that have found a similar outcome of experience which tends to affect performance.

FIFA rankings also matter. Highly ranked teams have better medal winning potential in tournaments than lower ranked teams. FIFA ranking is a strong determinant to grouping national teams for tournaments. This ensures that these teams are seeded in international competitions due to their sporting success.

The danger is that high rankings lead to complacency which in turn can ruin a team’s potential.

We also identified an added ingredient: a team’s ability to integrate individual talent within the limited time available for preparation increased the likelihood of a better performance in the tournament.

Our framework for a national team’s composition provides useful information on elements to consider when putting together a national team. This formula can be used by team managers, performance analysts and match pundits. Our framework does not shoot down the role of motivation in team performance but points to a neglected area – team composition.

A team composed of more professional players from elite leagues abroad provides a good balanced team capable of achieving desirable results. This new discovery contributes to theory and practice alongside the concepts of teamwork, team building and diversity to achieve performance goals.