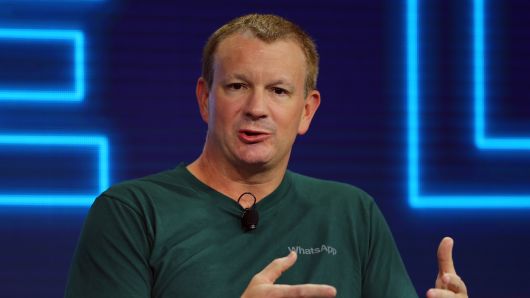 WhatsApp co-founder Brian Acton has called himself a “sell-out” for allowing Facebook to buy his company, adding that selling WhatsApp users’ privacy “to a larger benefit” is a decision he has to live with every day.

The frank admission comes in an interview with Forbes, which outlines in some detail how Acton’s company came to be acquired by Facebook and the battle that ensued over Facebook’s push to monetize its prized asset.

Acton and WhatsApp co-founder Jan Koum originally met while working at Yahoo in the 1990s and the two went on to launch WhatsApp together in 2009.

The company largely made money through charging a small annual subscription, but after Facebook snapped WhatsApp up for $22 billion in 2014, the annual fee was removed altogether, leaving many to wonder how Facebook planned to make money from the app.

These latest revelations come just days after Instagram founders Kevin Systrom and Mike Krieger revealed they too are leaving Facebook amid rumours of clashes with Facebook CEO Mark Zuckerberg.

It seems Facebook is trying to diminish any lingering autonomy that existed at its two billion-dollar acquisitions, as evidenced by these four high-profile departures in the past 12 months.