Why evacuation of Nigerians in UK was rescheduled —FG | Ripples Nigeria 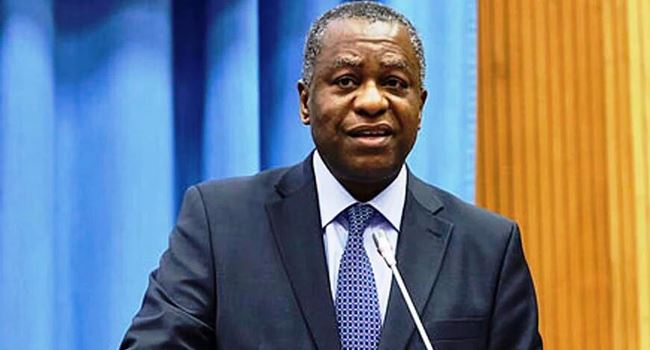 The Federal Government on Sunday explained why the planned evacuation of stranded Nigerians in the United Kingdom was rescheduled.

The evacuation flight which was earlier scheduled to depart London Heathrow Airport on Monday would now leave the UK via Gatwick Airport on Tuesday.

The Spokesman for the Ministry of Foreign Affairs, Ferdinand Nwonye, who disclosed in a statement in Abuja, said the exercise was rescheduled after British authorities denied a Nigerian airline, Air Peace, landing permit.

He added that a British airline, Air Partner would now undertake the evacuation exercise.

Nwonye also disclosed that sequel to the refusal of the British aviation authorities to grant diplomatic landing clearance to Air Peace, the federal government had appealed to Air Peace to engage the services of an alternative airline to airlift the stranded citizens instead of refunding their payments, hence the use of Air Partner for the exercise.

The statement read: “It is pertinent to note that Air Peace gracefully contracted Air Partner to operate these charter flights on its behalf at a much higher cost than the ticket fares paid by the prospective evacuees.

“In the light of the foregoing, the Federal Government wishes to extend its appreciation to the chairman and management of Air Peace Limited for their commitments and patriotism in ensuring that our stranded nationals in the United Kingdom return home safely.”

Related Topics:FGNigerians in UK
Up Next

My approval for auction of seized vessels legal —Malami