Home » Politics » Why Shittu, Dalung and especially Onochie must be Ministers in Buhari’s Next Level cabinet

As President Muhammadu Buhari’s first term winds to a close, I hereby kindly offer my token personnel advice to him on his Next Level cabinet.

I want the best for this country and I can’t stand idly by and allow the president not appoint star members of his current government into his next cabinet.

For Buhari to succeed in his second term, I humbly advise him to pay close attention to this patriotism-inspired and performance-based recommendation on new cabinet members.

Here are my top three picks for the Next Level cabinet: 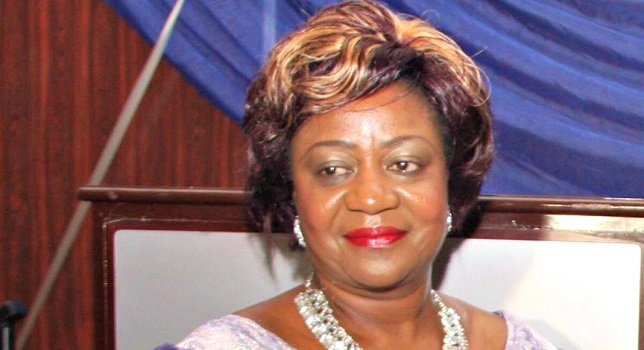 Honestly, I can’t even begin to fathom how the Buhari administration will fare without Onochie. In fact, I dare say that without her truthfulness, wisdom, temperance, decorum, civility and visionary public comments, President Buhari may not have gained much public support in the build-up to the 2019 elections. She was fearless. Relentless. Passionate. And yet humble, polite and accommodating.

I remember fondly how Onochie, gripped by patriotic current, published pictures of prominent politicians she said were sponsoring the dastardly killings in the country. My eyes still well up at that rare show of courage. What an Amazon! It was at that point that I started having this inner conviction that she would make a great president. President Lauretta Onochie, how nice! But step by step; I recommend that her journey to the presidential seat continue with a cabinet appointment. Minister of Power may be great. This woman can do anything!

Dalung’s picture with Anthony Joshua after his fight in UK

Not only is Solomon Dalung a star performer, merely looking at him, you immediately get smitten by his revolutionary outfit and mien. He inspires. Everything about him is reminiscent of a treasured past of great heroism now mostly lost. Fortunately for us, he stimulates nolstalgia and inspires a drive to recreate history. How lucky of us to have him! Dalung is a major reason why I salute President Buhari for taking 6 months to appoint ministers. He was worth every second of that wait!

Of all his numerous achievements, one particularly stands out for me— The triumphs of boxing superstar, Anthony Joshua. You see, such is the reach of Dalung’s influence that in faraway United Kingdom, Joshua drew inspiration from his grit and determination to take down Carlos Takam. I had long suspected Dalung’s influence when Joshua took down one of the Klitschko brothers in an epic fight. My suspicions were proven true when pictures emerged of Dalung and Joshua after the Takam fight. I will give anything to learn the victory tips Dalung gave Joshua before the fight. Seeing them strike a pose together after the fight is an image that will inspire generations of Nigerians.

It is worth studying how Dalung, a lawyer by training, came to become the embodiment of stellar sports administration in Nigeria. I will pay whatever it costs to study this phenomenon of man!

It would be a great honour for Nigerians if Dalung retains the sports minister position in the new cabinet. But I won’t be surprised if he gets something deemed more demanding like Minister of Justice. Since Buhari has shown that he can hand more than one ministry to a single minister, I humbly suggest that he gives Dalung at least 3 ministries to match his prowess. Dear minister Dalung, see you in the next level!

Adebayo Shittu, a genius well ahead of his time. 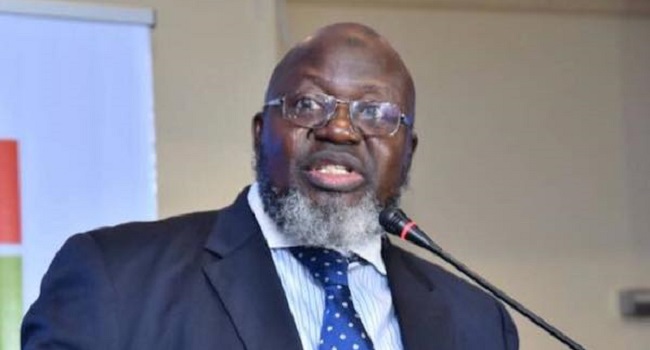 When I look at Adebayo Shittu, I calmly say to myself, ‘Nigeria is indeed blessed with great minds!’. One won’t be blamed for mistaking him for an accomplished scientist or classical philosopher in the mould of Aristotle upon sighting his disarming gray goatee. What a charming man! But I digress.

When Buhari appointed Shittu to the communication ministry, many were surprised. They wondered what in his qualifications and experience made him a fit for the role. But if hindsight is anything to go by, we must learn to never question the wisdom of President Buhari or the genius of Shittu. The president saw something indeed, nay, many things! For one, Shittu’s numerous foreign trips in search of investors promise Nigeria great technological advancement. I hear 5G is on its way here. Wow!

And even though evil and narrow-minded detractors like his former aides chose to focus on the accrued estacodes from his numerous trips, more patriotic Nigerians and progressive professionals in the industry have been showering him with encomiums.

There is, however, a big dent in Shittu’s otherwise successful stint— his failure to become Oyo State governor in 2019. I still feel pained that such a brilliant mind and accomplished public servant could be so blatantly conspired against by reactionary forces. Oh what a loss for Oyo State! Had I my way, Shittu would be begged to become governor even without an election.

I am particularly astounded by how he foresaw the irrelevance of the NYSC scheme in seeking public office decades ago and refused to participate in it while lesser mortals desperately clung to it like their ticket to heaven. I hope his contemporaries can now look back and realise how well ahead of his time he was. What foresight!

To President Buhari, retain Shittu come what may. If it comes to it, make him minister of defense, the end to Boko Haram insurgency may lie in his visionary mind!