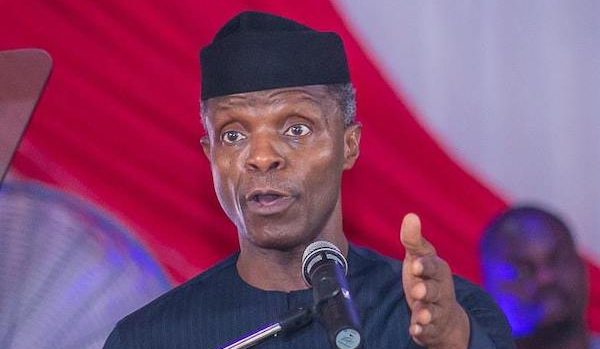 The Vice President of Nigeria, Yemi Osinbajo has reacted to the attacks on Nigerians in South Africa, describing the development as absolutely unacceptable, reckless and unreasonable.

Spokesman for the vice president, Laolu Akande, in a statement in Abuja, on Tuesday, quoted Osinbajo, as saying the violence was reckless, unfortunate, and against the ideals South African leaders fought for during the apartheid era.

While still lamenting the spate of attacks on Nigerians describing it as condemnable, Osinbajo also recalled the role Nigeria played in pulling down apartheid in South Africa.

He said; “It is very sad and very unfortunate that the lives and livelihoods of Nigerians living in South Africa are once again being destroyed with such wantonness and with such carelessness and recklessness. “It is unfortunate because Nigeria and Nigerians invested a great deal in the pulling down of apartheid.

“Besides, these acts of bigotry are entirely contrary to the very ideals that all the great South African leaders, including the present president fought for, and for which many gave their lives.

“President Muhammadu Buhari has already spoken about this; and obviously we are very concerned and certainly intend to take this up with the authorities in South Africa in order to ensure that this sort of thing does not repeat itself. ” This is absolutely unacceptable and unconscionable,” Osinbajo added.

Related Topics:NigeriansOsinbajoxenophobic attacks
Up Next