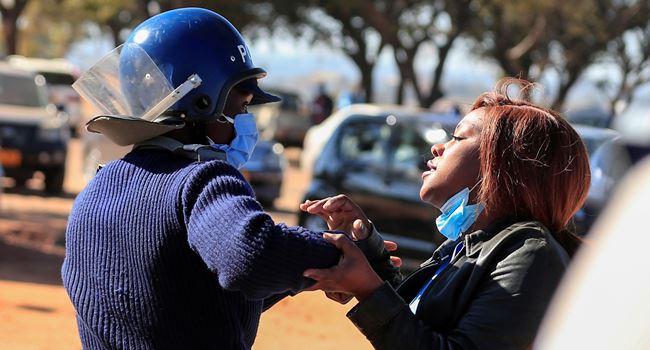 Dozens of nurses and union representatives in Zimbabwe have been arrested by police for protesting against poor pay by government.

The nurses who thronged the streets of Harare in their numbers on Monday demanded to be paid in US dollars, saying that inflation, which is running at nearly 800%, was eroding their salaries.

“At least 13 of our members and union leaders were arrested during the demonstration at Harare hospital,” the Zimbabwe Nurses Association said.

“They are in police cells as we speak but we don’t know what charges they are facing,” the association’s president Enock Dongo said.

The union said they had been told that the arrested health workers would appear in court on Tuesday.