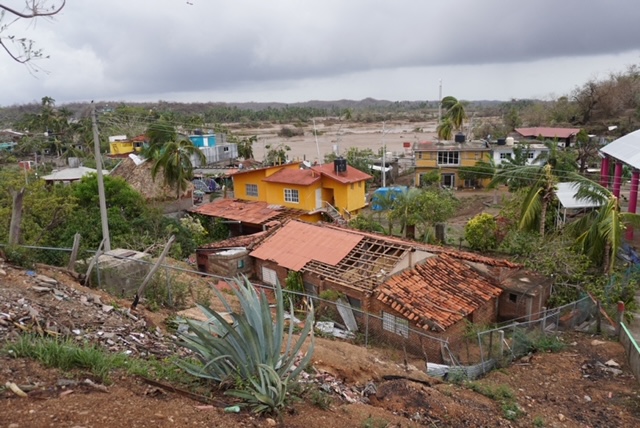 Not less than 10 people have been killed while 20 are missing as a Powerful Category 2 storm, Hurricane Agatha, swept through the Mexican state of Oaxaca, causing flooding and mudslides, according to the state Governor Alejandro Murat in a statement on Wednesday.

Murat said the Hurricane Agatha came ashore on Monday, making it the most powerful storm on record to make a landfall in May during the Pacific hurricane season.

“While the Category 2 hurricane has weakened as it passed over land, at least 10 people were killed either by rivers overflowing their banks and sweeping away homes or being buried under mud and rocks,” Murat said.

“When Agatha made landfall, the day ended without any loss of human life, but heavy rains that occurred early Tuesday morning caused rivers to burst their banks and landslides,” the Governor stated.

He said the majority of deaths appeared to be concentrated in a number of small towns in the mountains, just inland from the coast of the southern state.

“Among the missing, were three children near the resort of Huatulco.

“In the town of San Isidro del Palmar, only a couple miles inland from the coast, the Tonameca River overflowed, forcing residents to wade through neck-deep water to salvage what items they could from their homes,” he added.