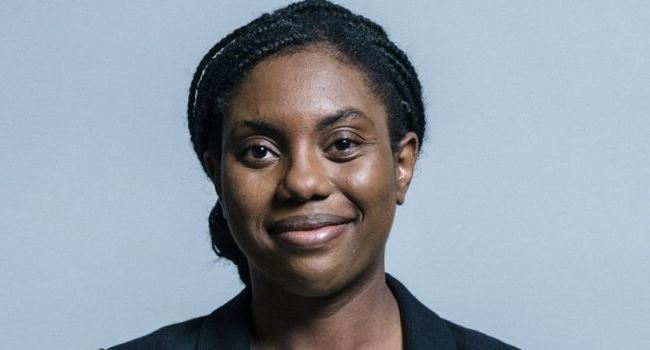 Nigerian-born Kemi Badenoch has been re-elected as a Member of the Parliament (MP) in the United Kingdom.

Badenoch, who contested the election on the platform of the Conservatives, is the British Minister for Children and Families.

She was appointed by Prime Minister Boris Johnson in July and represents the Saffron Walden constituency in the British parliament.

The MP in a tweet on her Twitter handle – @KemiBadenoch – thanked the constituents for voting for her and promised to serve those who didn’t vote for her for the next five years.

She said: “I’m grateful to the nearly 40,000 people who put their trust in me yesterday. Being your MP is a privilege. I’m proud not just to have won your vote, but to have increased the majority to 27,500! However you voted, I‘ll be working hard for you over the next 5 years!”

Another Nigerian, Chinyelu Onwurah, won the Newcastle-upon-Tyne Central seat with 21,568 votes, compared to her Conservatives rival’s 9,290.

Onwurah represented the Labour Party in the election.

Onwurah’s countryman, Chuka Umunna, however, lost his quest for a City of London seat.

The former Labour MP and Change UK founder came second behind Conservative Nickie Aiken in the battle for the Cities of London and Westminster constituency, losing by 3,953 votes.

The Nigerian, a former Labour leadership candidate, and once dubbed the “British Obama” has vowed to continue as a Liberal Democrat, having previously jumped ship from Labour and Change UK.