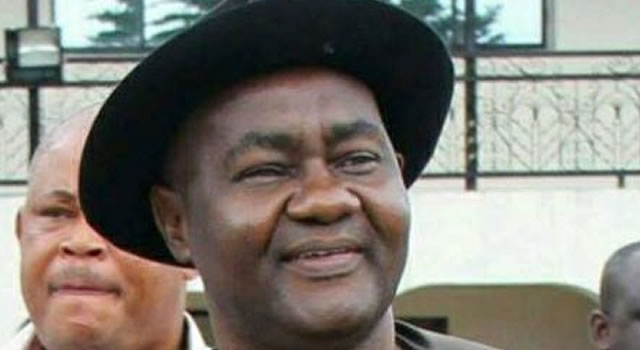 Ahead of the 2019 general elections, Senator Magnus Abe, who represents Rivers South-East at the National Assembly has declared intention to run for the state governorship election.

His declaration came despite threats by the state’s immediate past governor and current Minister of Transportation, Rotimi Amaechi, to use the 1.1 million votes of Ikwere people out of the 2 .5 million eligible voters in the state against Abe.

Amaechi had penultimate month, during a meeting with the Ikwere Chiefs and Elders’ Forum said, “There is no fight in the APC (All Progressives Congress). I am not in any way stopping Abe from running for the governorship, but what I know is that I will not support him. Abe is daring me; an Ikwerre son. He is abusing me every day. I will ensure I use Ikwerre vote on him.”

Amaechi had added that Ikwere, his ethnic group had 1.1 million votes out of the 2 .5 million eligible voters in the state.

But declaring his governorship ambition while unveiling his liaison office in Port Harcourt, the star capital, Abe said that he had uncovered plots by some leaders of APC in the state to manipulate the outcome of the forthcoming congress of the party.

The senator, who warned that any attempt to manipulate the state congress will be resisted, said that he is contesting under the platform of APC to ensure the needed change in governance which the party stands for is brought to Rivers State.

“I, Magnus Ngei Abe, have decided in the interest of our state and future of our people, to seek the nomination of my party, the APC, Rivers State, for the office of the governor of the state in the 2019 elections. In doing so, I want to make it clear that there is no gun shot ambition. I want to assure the party and Rivers people that if there is a fair process, I will not only support the candidate but I will campaign for him. I will do so when members of the party are given opportunity to elect without intimidation and undue threats,” he said.

Political observers feel Amaechi’s open opposition to Abe is not good for the APC which wants to take over a Rivers State currently in control of the opposition Peoples Democratic Party (PDP).

There are fears that the stale relationship between Amaechi and Abe, if not resolved before and after the party congress may do more harm to the Rivers APC than good.