2019: INEC chairman, IGP must resign for there to be free and fair elections– PDP | Ripples Nigeria 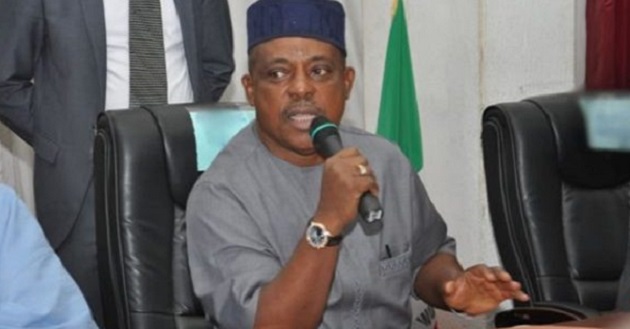 The Chairman of the Peoples Democratic Party (PDP), Uche Secondus, Thursday called on the Chairman of the Independent National Electoral Commission (INEC), Prof. Yakubu Mahmood, to resign over his alleged inability to conduct free, fair and credible election.

He also called on the Inspector General of Police, Idris Ibrahim, to resign, alleging that police officers were being used to compromise the democratic process.

He spoke during the 83rd PDP National Executive Committee meeting in Abuja.

Secondus said, “We want to do this advance warning that we are lovers of democracy and peace.

“We want the peace of our nation; so, let them note all they have done, even in the case of Kwara and Bauchi, where we warned clearly that they announced different results.

“That will no longer be acceptable. We therefore call on the INEC leadership headed
by Prof. Yakubu to quietly resign because he does not have strong will and courage to conduct free and fair election. He should resign.

“We also call on the IGP to resign and go because I have never witnessed in the history of our nation, from the First Republic even in the military regime, we have never seen this kind of act and the way and manner the police force have been used by the government of APC against the people.

“Our people are being killed on a daily basis and as I speak with you, leaders of PDP have been earmarked to be murdered and killed.

“The country will rise to defend the values of our founding fathers, and of our democracy.

“We must defend. We are not afraid. If you want a nation to be rescued from hunger, killings, we must be ready.”

JIBRIN FROM SUDAN: It is ‘idiotic’, ‘stupid’, ‘silly’ to claim Buhari cloned– FG