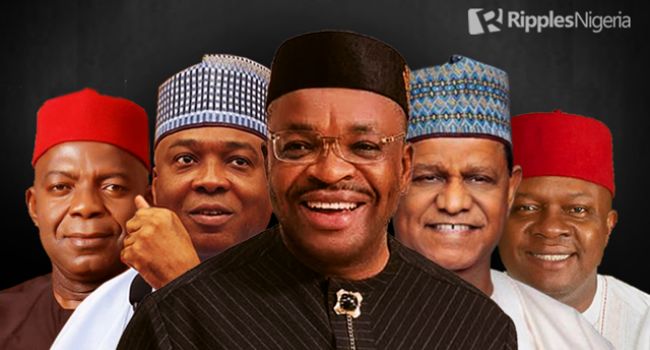 As political parties in Nigeria wrap up their primary elections for various political seats, including presidential, governorship and senatorial positions, individuals who switched career from the banking sector to politics, are beginning to count their losses.

It’s no news that political office is the retirement home for many bankers in Nigeria, but some are not finding the transition easy, losing the primary ticket to represent either of the two major political parties; All Progressive Congress (APC) and People’s Democratic Party (PDP).

They have discovered that while both banking and political sectors are in need of strategic thinking to succeed, the latter goes beyond that, extending into tribal lines and money exchange, amongst other factors.

They lost the battle to contribute their expertise to the recovery of the Nigerian economy which has taken some beating over the years. Will the nation miss them and what they could have contributed to its social, political and economic development?

Saraki was a director of the defunct Société Générale Bank (Nig) Ltd, now know as Heritage Bank, between 1999 to 2000, before he made his way into the political corridor under former President, Olusegun Obasanjo’s administration in 2000.

Since then, he has gone on to become the Governor of his state, Kwara, from 2003 to 2011, and also represented the state as a Senator from 2011 to 2019, where he rose to become Senate president. He later lost the ticket to return to the legislative chamber I. 2019.

Following the loss, he recently tried his hands on the Presidential position, but he also lost the primary to Atiku Abubakar, scoring 70 votes, against the winner’s 371 votes, on May 28, 2022.

Other banks he has worked for include the Nigerian Intercontinental Merchant Bank Ltd and Societe Bancaire Nigeria Limited. The career that started in 1988 ended in 2014 when Otti decided to contest for Abia governorship position under the All Progressives Grand Alliance (APGA) party.

Otti has not won any elective position since he started his political career. In Otti’s recent contention under APC, he withdrew from the primary election, stating that the winner had already been decided – and that’s not Otti.

Another banker who has failed in his quest for an elective political position so far is Ozigbo, who left his 20 years banking career and position in the hospitality business, Transcorp, to become a full time politician in 2021.

His banking career spans across United Bank for Africa, Keystone Bank and Diamond Bank. He left all these behind to become PDP’s candidate for the 2021 Anambra State governorship election, but lost to Charles Soludo, another former banker who contested on the platform of APGA.

He also contested to become the flag bearer of PDP in the upper chamber for the Senatorial election in 2023, but was disqualified, and later withdrew from the process, faulting sabotage among the Anambra chapter of the party.

Emmanuel switched from his banking career for that of politics in 2013, ending his 10 years financial experience by taking the offer to become the Secretary to the State Government of Akwa Ibom, under Governor Godswill Akpabio.

He was the Chief Financial Officer of Zenith Bank before his exit from the financial sector. He later vied for the position of Governor in 2015 and 2019, winning both elections, but his quest to become Nigeria’s President has hit the block.

Emmanuel contested as a Presidential aspirant under PDP last weekend, but he could only gather 38 votes during the primary, losing to Atiku.

Hayatu-Dean is an investment banker, and had served as chairman to FSB International Bank before heading into the political field. His years of experience also got him the chairmanship position of the Nigerian Economic Summit Group in 2003 and 2007.

The serial investor had contested for the presidential ticket of PDP, but he withdrew in the last minute, as the odds were not in his favour, considering he was competing against Atiku, Saraki, and Rivers State governor, Nyesom Wike.

Hayatu-Deen withdrew from the presidential race without giving any reason, after spending heavily on digital promotions.