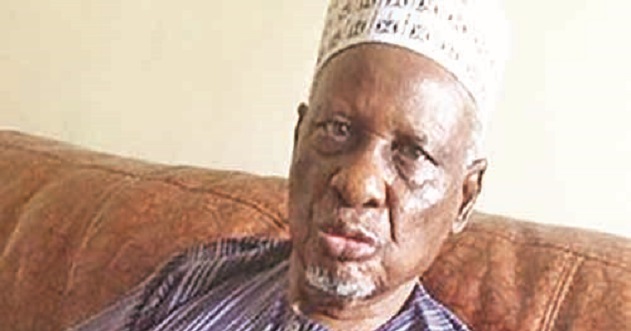 Elder statesman, Tanko Yakasai has stated that the South East needs to calm down and play their politics right if they want the presidency to go to their region in 2023.

According to him, the presidency would not go to them on a platter of gold, as it requires the endorsement of at least 25 per cent of at least 24 states to make it possible.

Yakasai stated this on Tuesday during an interview with Arise Television while responding to a question on which zone should produce the next president of Nigeria in 2023.

He said, “I know there is agitation by the South-East because they have never tasted it (presidency). South West has tasted it, the North has and still tasting it, South-South has through Goodluck Jonathan…

“I have tremendous sympathy with the people of South-East because out of the three major Ethnic groups, Igbo Yoruba, Hausa, it is only the Igbo that has never tasted it. That has not satisfied the yearning of the defunct NPN leaders who were thinking that zoning and rotation should take care of the yearning of every section of the country.

“But I want to say that our compatriot from the South-East should wake up and realise that Nnamdi Kanu would not be a type of people who will take the presidency to the South-East because you need 25 per cent of votes from 24 states.

“There are no 24 states in any section of Nigeria, you must gain from the North and gain from the South. Nobody can dash presidential office or any elective office to anybody.

“Well by their own fortune or misfortune, the South-East is virtually a land-lock area, not only in terms of proximity to the sea but also in terms of relationship with other Nigerians, Hausas and Yorubas.”

The elder statesman went further to suggest that the major challenge the Igbo would face in the quest to produce the next president would be from the south west and not with the North.

This he said was because the South-East was in competition with the South-West and not with the North.

READ MORE: Nigerians ‘ll decide with the 2023 presidential polls if they still want Ndigbo as part of Nigeria or not –Groups

“Today, more people in Yoruba speaking area are more sceptical of an Igbo presidency than the North. Why? Because the northerners are not competitors to the Igbos but the Yorubas are. What is the stake in Nigeria? Education and culture; we don’t have culture, education in the North but we will have one day. I know there will be a time when we will surpass the South, that time is coming but we are not there yet.

“So, there is no serious competition between the North and South-East except for the unfortunate ill-feeling of the civil war.”

Related Topics:2023 presidencyNdigboYakasai
Up Next