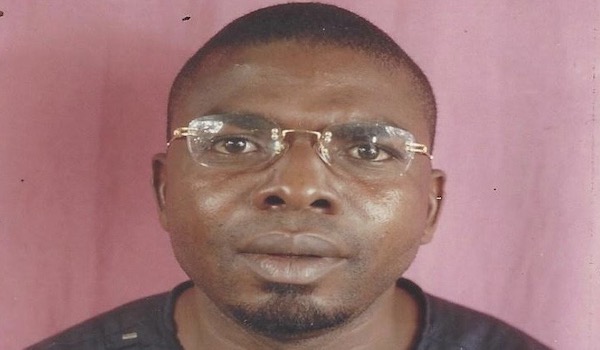 In the middle of last month of June this year the President of the Arewa Youths Consultative Forum, AYCF, Alhaji Shettima Yerima, had granted a controversial interview to the Lagos-based national newspaper, Vanguard, where he stirred the hornet’s nest by declaring that the northern politicians were still very much interested in the 2023 presidential poll and in succeeding President Buhari. Shettima may have spoken in his private capacity as a Nigerian and in such circumstance he was entitled to his opinion.

But even at that he goofed by veering off and shooting without consideration of the centrifugal forces pulling Nigeria in different directions in the past and even presently in a dangerous situation of a presidency by proxy. Nigeria may break up if 2023 is not properly ‘negotiated’ or managed to assuage the grievances of a whole lot of contending forces at play.

In the interview the over-fed Shettima had said: “How can you think we will cede power to the South in 2023? The North still wants the presidency. The south is in charge of the economy and they have everything, so why would they want to take away the only thing we have?” Wonders shall never end in our confused politico-social space. So the south have everything since they control the economy? Holy Jesus!

Well, Yerima may be right by saying that the south is richer, more educated, more developed and more sophisticated than the north but it took collective efforts of the people and their entrepreneurial prowess to realise what exists from Lagos to Onitsha, Ibadan to Port-Harcourt. It takes sound economic idea, determination and ambition for a region or an individual to develop bringing out the best in themselves.

When the south is working towards improving the infrastructural lot of their cities and communities and the living condition of their peoples where were our northern brothers and sisters? And what were they doing? Sleeping? Playing politics of almajiri or talakawa? Or counting and depending on quota system and federal character? Growth comes from what you possess within!

The presidential election in Nigeria is scheduled to take place in three years from now in 2023. But political permutations toward the poll have already begun in earnest. Since the south-east (Igbos) has not produced the President of the federation since the restoration of democracy in 1999 it stands to reason to state here that the Igbos ought to be given the opportunity in 2023 to produce the next Head of State and Commander-in-Chief of the Armed Forces.

The Nigerian politics has something odious to do with ethnicity and regionalism. And sometimes religion and tribal sentiments are brought in to score cheap political points.

When the late June 12, 1993, presidential election winner, Bashorun Moshood Abiola, was criminally denied his popular mandate and subsequently eliminated in prison the northern military cabal post-Sani Abacha had desperately sought out a Yoruba man to placate the south-west as opposition to the unjustifiable annulment of the free and fair poll mounted.

The military high command led by Gen. Abdulsalami Abubakar reached out to Gen. Olusegun Obasanjo, then in prison, to do the needful by pulling the nation away from the brink apart from using ‘Baba’ to silence the Oduduwa vigorous mob. Obasanjo, a former benevolent martial dictator sent to a gulag on a trump-up coup-plotting charge by the late Gen. Abacha, was thus liberated in a jiffy and rigged into power in 1999 as President.

From Obasanjo to the late Shehu Yar’Adua and from him to the good-lucky Goodluck Jonathan and now Muhammadu Buhari the Igbos appear to be sidelined in the presidential scheme of things. GEJ, despite the ‘Ebele’ in his name, remains an Ijawman and not Igboman from all indications. First-class Igbos know themselves from Ihiala to Orlu, Udi to Aba.

Read also: Before the reopening of schools

So given the historic marginalisation and persecution of the ‘Biafrans’ following the crushing defeat suffered in the civil war of the late 60s/early 70s reason must be made to prevail as we giddily march towards 2023 with Buharism constituting a bundle of disappointment and failure. We deserve better come 2023!

However, no one is deluding themselves that the Igbos would be given power on a platter of gold. That is far from what we are advocating here — power on the basis of marginalisation or even Biafran statehood agitation. It must be done on justice and merit terms! We strongly believe there are abundant presidential materials east of the Niger.

The Igbos should, as a matter of political priority, align forces with other regions and zones marshalling out superior argument and negotiating hard for the two prominent dominant parties (APC/PDP) to agree to ‘zone’ power to their region. It takes political shrewdness to beat a system tailored against one’s interest.

Since Presidents and dictators had tried and failed for decades to transform Nigeria and change the living condition of Nigerians we believe it is time, come 2023, to try an Igboman for the top job. A man from the oriental part of the country could succeed where others had posted woeful failures! A man of impeccable character from the east (forget Senator Orji Uzor Kalu) could bring to the table what others were afraid to confront — restructuring of the dysfunctional federation.

With an Igboman as President then Mazi Nnamdi Kanu and his IPOB Biafran agitators may be put out of ‘business’. When 2023 comes, therefore, let us seriously consider electing an Igboman as the number one citizen so that every region or component of the federation would feel a sense of belonging for once.

When 2023 finally knocks on our political doors signalling arrival in the global political firmament and another northerner (whoever that eventually turns out to be) succeeds Buhari in Aso Villa as President then we shall have no other option than to ask broodingly: Nigeria: Quo Vadis?

And then the likes of Shettima Yerima would then be called upon to justify why disintegration should not happen next; why it should not be the viable alternative.

It’s been three months, where are Trump’s ventilators?