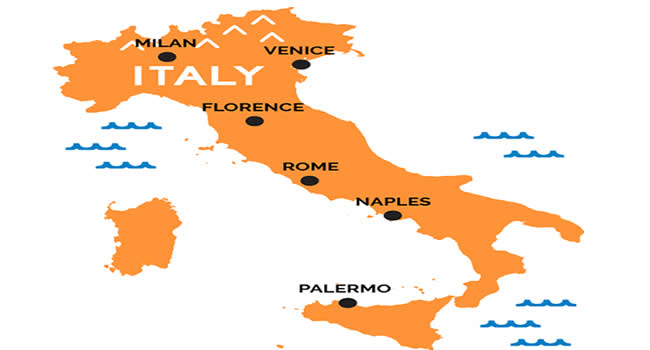 A 25-year-old Nigerian man identified simply as Evans N has been sentenced to 19 years and six months in prison by a court in Foggia, Italy, for killing another 34-year-old Nigerian, Emeka N, during a fight.

Evans was said to have killed the 34-year-old during a fight in the informal camp of Borgo Mezzanine, in the southern region of Puglia, in October 2020.

According to an Italian news agency, ANSA, investigations carried out by police in Foggia and Manfredonia, showed that the two men started to fight at a restaurant in the tent camp.

According to the report, sources close to the investigation said Emeka, who worked at the restaurant, and Evans had gone to eat at about 6:30 pm on Tuesday, October 27, and started fighting in the restaurant, over the food served.

The men were alleged to have walked out of the restaurant and their fight became violent.

Investigators alleged that the murder suspect walked back into the restaurant to get a kitchen knife, which he used to stab the victim, who was said to have suffered two fatal stab wounds – one to the chest and another to the throat.

Evans was charged with voluntary manslaughter, while the prosecutor, Roberta Bray, requested a 19-year prison term.

The defendant’s attorney claimed her client had acted in self-defence or, insubordination, that he had committed involuntary manslaughter.

Meanwhile, the defendant during the trial told the court that he did not intend to kill his friend.

Dozens killed, many missing as devastating floods sweep through Germany

Death toll in South African riot over Zuma rises to 75, with 1,270 arrested