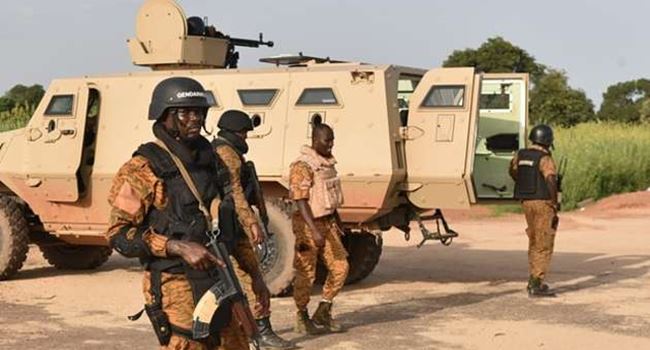 Burkina Faso’s troubled north has witnessed more bloodshed with reports confirming the killing of no less than 29 people in two separate attacks masterminded by rebels.

The government of the West African country, which has been struggling with rising tension in recent years amid instability on its borders, informed that the two incidents happened on Sunday after a food convoy and a transport truck were targetted in separate attacks.

One vehicle transporting people and goods “rode over an improvised explosive device (IED) in the Barsalogho area” leaving at least 15 passengers dead, government spokesman Remis Fulgance Dandjinou said in a statement. Most of the dead were traders.

Meanwhile, about 50km away, 14 people were killed after a convoy of mostly three-wheelers taking food to people displaced by fighting, was attacked.

“This drama comes as important security efforts are under way in this region,” officials said. “Military reinforcements have been deployed.

The developments comes days after two generals in Burkina Faso were slammed with lengthy jail terms for masterminding a coup carried out by troops loyal to deposed President Blaise Compaore in 2015.

A military court in the capital of Ouagadougou, sentenced General Gilbert Diendere to a 20-year prison term on charges of murder and harming state security.

His accomplice, General Djibrill Bassole, accused of treason, was given a 10-year prison sentence for his role in the coup.

Diendere and Bassole were the leading figures in a 19-month trial of 84 people accused of the attempted overthrow of Burkina’s transitional government.

According to Herve Kam, a lawyer representing civilian plaintiffs, said the trial had served the purposes of transparency.

BUSINESS REVIEW: How is Nigeria dealing with its devalued currency and resisting another seemingly inevitable recession?