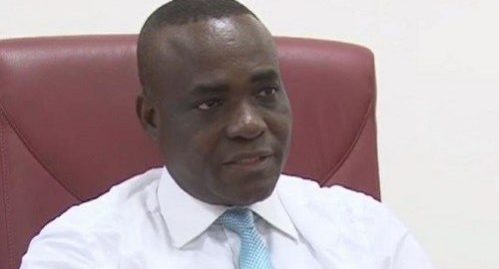 Leaders of Akwa Ibom State have stressed the need for a dialogue to address the various agitations that are currently threatening the unity and peace of Nigeria’s democracy.

The leaders who spoke at the weekend in Uyo during a one-day dialogue organised by Civil Liberties Organisation (CLO) Akwa Ibom State branch in collaboration with the office of the Senior Special Assistant to the President on Niger Delta Affairs also called for the adoption of true federalism as a solution to Nigeria’s problems.

In his remarks, the Lawmaker representing Etinan/Nsit Ibom/Nsit Ubium federal consituency, Onofiok Luke, said the reason for the agitations for secession and all sorts of things was because some sections of the country feel marginalised.

“What I am asking for at this level is that we go back to the dialogue table. We should not ignore agitations from South-East, we should not ignore agitations from South-West. I think what this time call for is, let the people come and sit at the dialogue table, express their grievances and ask for what would make for their betterment.

Presenting the keynote address, Senior Special Assistant to the President on Niger Delta Affairs, Senator Ita Enang, said it had become important to examine legal and historical solutions to the myriads of problems fueling mutual ethnic suspicion and insecurity in the country.

Enang said, “The voices of discord are getting louder and it may be time to allow Nigerians to dialogue with each other by whatever arrangement. It was like this under Jonathan’s presidency in 2013 when President Jonathan convened the 2014 confab and the political temperature was tamed and calmed.

“The solution to the farmers-herders clashes is strict adherence to the Law and agreed policies consistent with the Law. The Land Use Act, 1978, which Law is also in Volume 7 of the Laws of Akwa Ibom State Vests ownership and control of Land in the Government of the respective States both in Urban and the Local Governments Areas.

“Lands in the Federal Capital Territory is Vested in the President who has delegated same to the FCT minister. It stands, therefore, that the House of Assembly of a state can enact laws regulating the use of land in the state. The constitution also guarantees the right to own property and this includes farms and crops thereon.

“Therefore the question of making laws banning open grazing or not does not arise again because this has already been outlawed by the Constitution of the Federal Republic of Nigeria, 1999, and the Land Use Act, 1978 which has now been again ingrafted into the 1999 Constitution as part thereof.

“The Land use Act in addressing this issue provided in Section 6 that the Local Governments may establish, make out and gazette grazing reserves to provide fodder for goat, sheep, cattle, pigs and generally for raising animals, fisheries and integrated farming.

“This is what the laws of the states and Local Governments are expected to do. The National Economic Council, chaired by the Vice President and made up of all the governors of the 36 states: APC, PDP and APGA took a decision and endorsed the above submission in the national animal transformation plan.

“Therefore there is no contention on this matter as solution to the Security and economic problems posed by the farmers and herders clashes and destruction of farmlands. Section 1,2, 6 (1) b are reproduced hereunder Section 50(1) defines grazing purposes to ” includes only such Agricultural operations as are required for growing fodder for livestock on the grazing area.”

Furthermore, he outlined strategies that could be adopted to make Nigeria work to include amending the country’s constitution to reflect the practice of true Federalism, dialogue with ethnic secessionists, strengthening Nigerian laws to enable full practice of the Rule of Law, Liaising with a western power to train Nigeria’s military personnel on how to combat terrorism, among others.