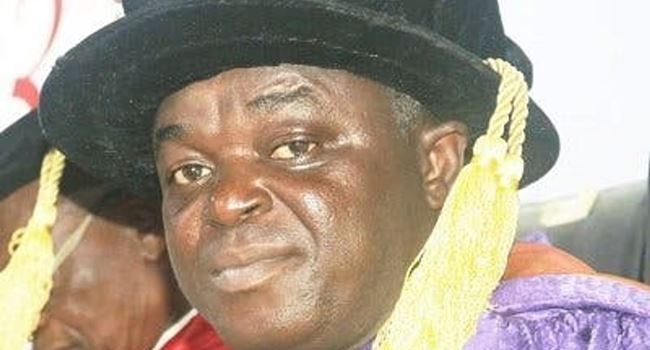 The abducted Deputy Vice-Chancellor of Anchor University, Lagos, Prof. Johnson Fatokun, has been released by his captors.

The deputy vice-chancellor was abducted by unknown gunmen along the Kurmi Shinkafa village, Kokona local government area of Nasarawa State on Monday.

He added that Fatokun, who is a professor of Computational Mathematics and Numerical Analysis, would return to Lagos on Thursday.

A source in the university told journalists that the deputy vice-chancellor who had dropped his kids in school in the northern part of the country was attacked by gunmen by police uniforms on his way to the airport to connect a flight back to Lagos.

The source said: “The deputy vice-chancellor had dropped his son at the Deeper Life High School in the morning. He also went to drop the daughter at a Federal University in Jos.

“He was returning from Jos to Keffi, Nasarawa State, late in the evening when they encountered the gunmen on the road. The driver, however, maneuvered his way and sped through them. The gunmen started chasing the vehicle and shooting.

“There was another set of kidnappers right in front of them. They succeeded in stopping the vehicle. They beat up the driver, who managed to escape. The professor begged them for mercy because those people were angry. That was how they whisked him away.”

‘Igbo not at war with other parts of Nigeria. Nothing demands our separation,’ Ohanaeze cautions Kanu