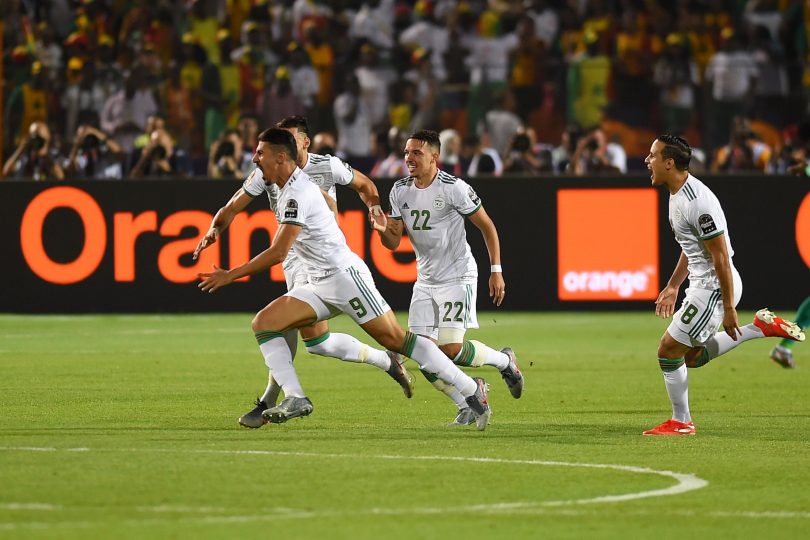 The Desert Foxes of Algeria have won their second Africa Cup of Nations (AFCON) title after emerging champions of the 2019 edition in Egypt.

Algeria defeated the Terenga Lions 1-0 in the final on Friday night to win their first AFCON title in 29 years.

Senegal missed the chance to win their first ever Nations Cup title after a 2nd-minute clumsy goal, which resulted from a heavily deflected shot, trampled their dreams of triumph in Cairo.

Baghdad Bounedjah’s strike – the fastest final goal in the history of the competition – was the only goal of the encounter and it sealed victory for Algeria.

Both teams had already met in the group stages, with Algeria also emerging winners with a 1-0 victory.

Senegal, who were making only their second appearance in the final since 2002, had a penalty overturned by the Video Assistant Referee (VAR).

It happened on the hour mark when Ismaila Sarr’s cross was blasted straight at Adlene Guedioura’s arm, the centre referee pointed to the spot, but later indicated that a VAR review was under way.

After watching the replays on the pitch-side monitor, which clearly showed Guedioura’s arm being by his side, the referee reversed the decision.

Although the West Africans dominated for large periods, they struggled to make the most of their possession.

In all, Bounedjah’s shot that took a huge deflection off Salif Sane and looped over goalkeeper Alfred Gomis ended up sealing victory.

Liverpool forward, Sadio Mane and his teammates fell to the ground after the final whistle which followed a failed attempt at equalizing from a free-kick awarded in added time.

Senegal will now wait for the next edition in 2021 to try again for their first ever continental title.