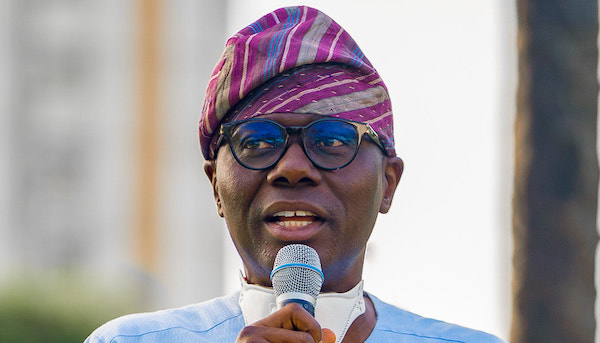 The Lagos State governor, Babajide Sanwo-Olu has stated that after the shooting incident at the Lekki Toll Gate, he called President Muhammadu Buhari on two occasions, but was unable to speak to the president

The governor made this disclosure on Thursday during a live interview session on Arise TV, at which time he also spoke about the removal of cameras and turning off of lights at the toll gate.

According to him, the first time he called the President he was told Buhari is unavailable.

On the second ocassion, he said he was told that Buhari was attending the weekly FEC (Federal Executive Council) meeting and could not speak with him at that time.

On his efforts to reach Buhari, the governor said, “I made calls to the President twice yesterday, I firstly told he wasn’t in office and the second time I called, he was said to be at the FEC meeting; I haven’t spoken to him directly but I have reached the Chief of Staff to the President.”

On the camera removal he said, “The cameras removed were not security cameras, it is a laser camera for cars; it picks tags for cars and plate numbers; it is not a security camera; it is an infrared camera; security camera are still available and that is what we are using for our own investigation.

“They did the removal because of curfew; As regards the light. LCC put off the light because of the curfew order issued by Lagos State Government. I have never spoken to the owner of the company (Tinubu’s son), I am very certain their decision was purely a corporate decision.”

He promised that footages from the CCTV cameras in Lekki would be made public soon.

Clarifying his earlier statement that the toll gate shooting was carried out by powers beyond his control, Sanwo-Olu said:

“I will be very careful on what I’ll say here. There are reports I have that shows that there is more to this #EndSars protests. There are visuals, audios that we have seen that we need to investigate deeper to get dimension and ascertain what to make out of it; I can’t do a guess work here. Regarding my speech, I was trying to explain that the hierarchy of the military are not in my command. I am not pretending to act as if I have the power to activate or control the military…”

The governor also suggested that seccessionists may have contributed to the level of destruction that took place on Wednesday in Lagos, following the Lekki shooting.

#EndSARS: Those who violated, abused human rights must be held accountable –Canadian govt

LCC denies removing CCTV, explains why power was off during shooting at Lekki Toll Gate