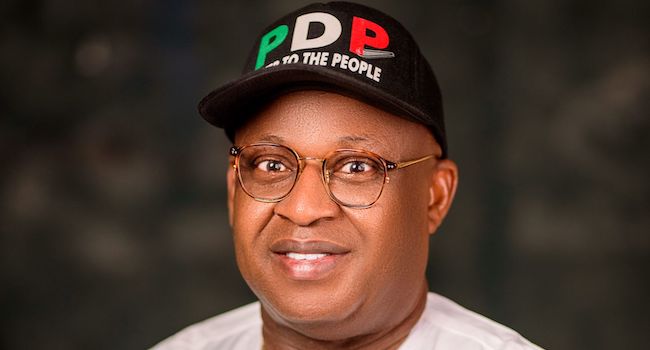 The wanton killings and general insecurity pervading the country, especially the northern half of Nigeria, have once again forced Chief Dan Orbih, National Vice-Chairman (South-South) of the Peoples Democratic Party (PDP), to demand the immediate establishment of a regional security outfit for the region.

Orbih spoke Tuesday in Abuja, the Federal Capital Territory, while addressing journalists on what he said were concerns of the people of South-South region over rising insecurity and failure of the ruling All Progressives Congress (APC), led by President Muhammadu Buhari, to ameliorate the situation.

Speaking against the backdrop of calls by the Governor of Katsina State, Bello Masari, for residents to arm and defend themselves, and the heightened insecurity in Plateau State that has led to the evacuation of non-indigenes, Orbih reiterated his appeal for governors of the South-South States to urgently take steps to create a regional security outfit in the mould of Amotekun and Ebubeagu.

The PDP chieftain said, “APC has failed woefully to checkmate terrorists and bandits. In the North-West and North-East, they have become so bold as to march on Nigeria’s premier military training institution (NDA), just as Governor Masari has asked Katsina residents to pick up arms and defend themselves against terrorists and criminal gangs.

“Only recently, we received the sad news of the murder of the son of Senator Bala Ibn Na’Allah, Captain Abdulkarim, in very unclear circumstance. The situation is not any better in the North-Central State of Plateau where inter-ethnic killings have forced non-indigenes, especially students of University of Jos, to be evacuated by various State governments.

“Governors of the South-South region must act now to protect our people before these elements and bandits take hold of our lands. We cannot afford to procrastinate any longer. The signs are ominous. A regional security body needs to come into force quickly.”

Orbih warned that the country risks total implosion if the ruling party continues to pamper the twin issues of insecurity and economic recession without a strategic plan on how to contain them.

“APC is like a bull in a China shop. Our country runs the risk of total implosion. The ruling party, APC must be guided out of power before it is too late,” Orbih said.

Nigeria govt spends N14.5bn searching for oil in north, others