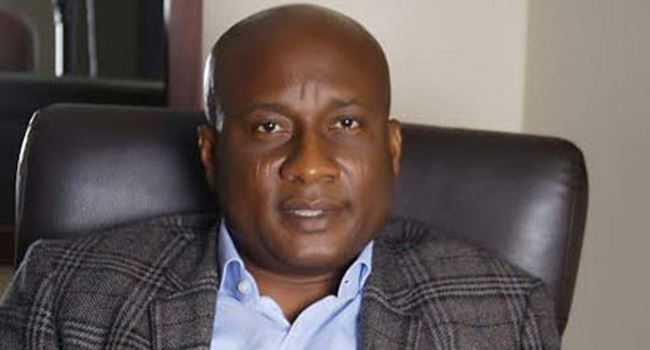 The recent evacuation endeavour by Air Peace to bring home Nigerians trapped in the United Kingdom following the coronavirus outbreak was stalled by the UK and not the Nigerian government, the carrier’s chief said Tuesday night.

Allen Onyema declared his displeasure with the British government’s resistance at a webinar, noting that Air Peace resorted to seeking the intervention of Global Air Charter to deliver the passengers home after the UK’s request for a Third Country Operator (TCO) approval.

“I want to thank Minister of Aviation, Hadi Sirika for his support. When this issue happened, a lot of people who were uninformed about this issue told me that it must be the minister that did this.

“I want to use this opportunity to let everyone know that when I called the minister on this issue, he swung into action.

“The Federal Government of Nigeria gave maximum support; it is not an Air Peace issue. The minister saw it as a Nigerian issue because the name of Nigeria was being thrown into the mud by whatever Britain was doing due to the fact that it was a diplomatic charter.

“I want to use this opportunity to clear the air that the Minister of Aviation gave heavy support even in the night. He had to send me voice notes. He had to engage the external affairs minister on what was happening.”

The refusal to grant Air Peace a landing right, according to him, derived from its decision to offer a cheap flight to succour the Nigerian passengers in distress.

“When asked why they were turning their backs just 48 hours to the flight, they said we should produce a TCO. We produced the mail from ICAO saying during the pandemic these rules are relaxed and you can fly without TCO.

“They did not know that earlier, they sent a mail to us that we didn’t need TCO. They sent us the mail and that was how we did the first evacuation flight.

“What opened their eyes was the fact that a Nigerian airline was sending two airplanes coming to take Nigerians from Britain at a ridiculously low price which was exposing everybody and they stopped us.”

He went further to say “I don’t want Nigerians to suffer abroad because it could have taken another two weeks to get another airline. These people have stayed there for four months.

“I had 40 people on that airplane flying free of charge because they did not have money. I support the DG of NCAA when he said there should not be personalisation of blames. We all must come together to see aviation survives.”

He lambasted the failure of the UK to permit two flights from the country despite having airlines doing 21 frequencies to Nigeria.