Akwa Ibom APC cries out, says ‘unfortunately Buhari is yet to learn from his first term mistakes’ | Ripples Nigeria 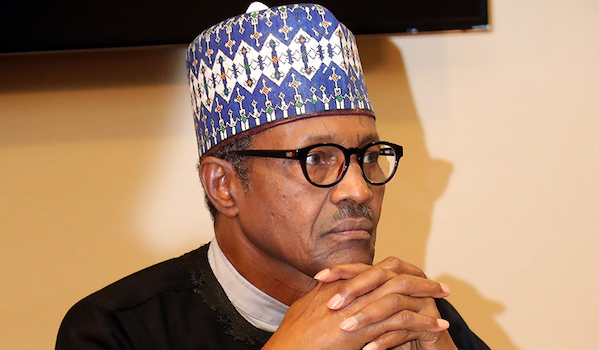 The All Progressives Congress (APC) in Akwa Ibom State has regretted that President Muhammadu Buhari, allegedly, refused to learn from mistakes he made in his first term in office.

The Akwa Ibom chapter of the ruling party was reacting to the persons the Federal Government had considered for federal appointments from the state.

The state APC spokesman, Nkereuwem Eyongkere, in a statement on Wednesday, said that the state chairman of the party, Ini Okopido, had written the Presidency to complain that those who sacrificed their time and resources in the party now see themselves as being cheated out.

The party cited as the most recent of such appointments, the nomination of Mr Oboro Akpabio as an ambassador-designate, an individual it said it was not even sure was from Akwa Ibom State.

According to the party, should Buhari not learn from his first term mistake and reverse the trend, it could amount to disaffection among members and definitely threaten the party chances in future elections in Akwa Ibom.

Eyongkere said that the state party chairman in the letter to the Presidency “lamented that even in the second term of the administration President Muhammadu Buhari which the party in the state had expected to benefit from the robust relationship of 2019 elections and for obvious reasons that he will learn from the mistakes of his first term, but unfortunately, the news of every new appointment from Akwa Ibom State has been so nerve-wracking and disquieting to the members of APC in the State, thus weakening the threshold of our party in the state as genuine members who have sacrificed their useful resources are completely cheated out.

“The letter underscored among such political appointments is that of Mr. Oboro Effiong Akpabio, Ambassador designates, as one of the persons the party is not very sure if he is from the state as he is unknown to the party and its members.

“The letter noted that if such a trend is not discontinued, it will surely discourage members from giving their best to make APC work in Akwa Ibom State and thereby hampering the build-up towards 2023.”

Meanwhile, Buhari has withdrawn the nomination of Akpabio, whom the Akwa Ibom APC complained about. He was one of the two non-career ambassadors-designate, whose name Buhari withdrew on Tuesday.

In a letter he sent to the Senate on Wednesday, he asked the lawmakers to remove the names of Mr Oboro Effiong Akpabio (Akwa Ibom) and Brigadier General Bwala Yusuf Bukar (Borno State), from the list of nominees he recently sent to them for confirmation.

He asked the Senate to instead confirm the nominations of Mr John J. Usanga and Air Commodore Peter Anda Bakiya Gana (rtd) from Akwa-Ibom and Niger State, respectively.