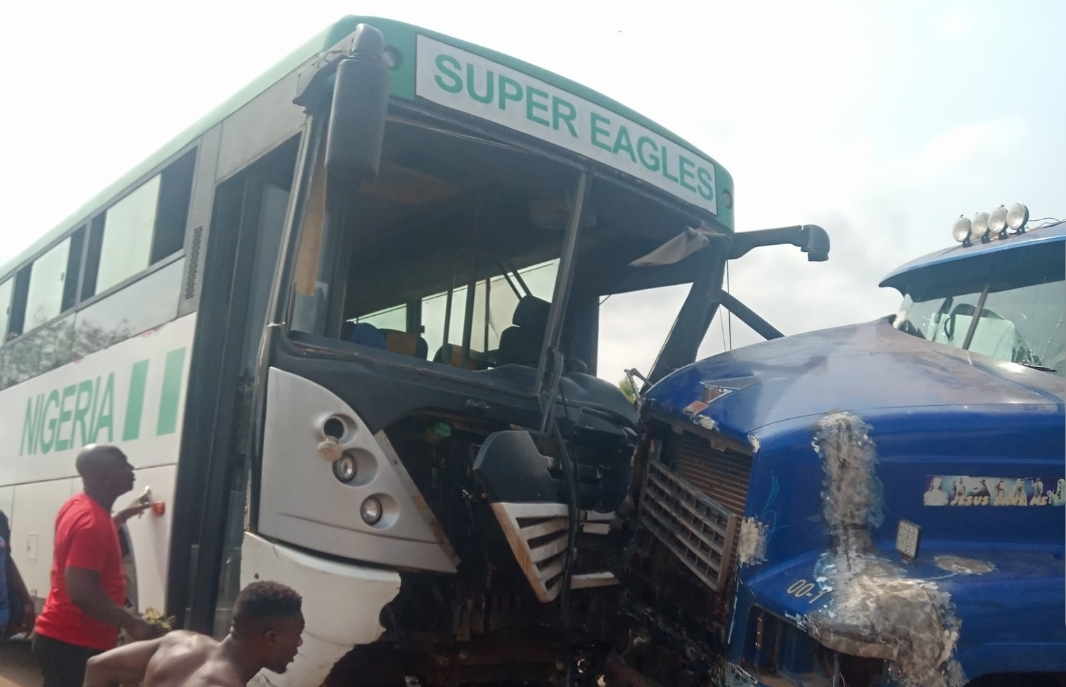 A player and two officials of Nigeria Professional Football League (NPFL) club, Akwa United have been hospitalized after their team bus was involved in an accident.

One of the players, who spoke to Ripples Nigeria, confirmed that the crash occured while their driver was trying to avoid a fuel tanker whose brake had failed, as the bus eventually had a head-on collision with another tanker.

An assistant coach of the team and the driver were thrown out of the vehicle following the impact, and are in serious conditions. Two players had also become unconscious.

According to a tweet by the official Twitter handle of the Akwa-Ibom club, the team were on transit to Kaduna when the accident occurred.

Akwa United are billed to face Jigawa Golden Stars in their matchday 15 fixture of the domestic league this Sunday, and were enroute the venue on Friday morning.

“We have been involved in an accident along Ezionye Express road in Enugu,” the tweet read.

We have been involved in an accident along Ezionye Express road in Enugu on our way to Kaduna for our NPFL Match-day 15 game against Jigawa Golden Stars. Players and officials have sustained injuries. One player and two officials have been taken to the hospital pic.twitter.com/KJvQsr3XJj

Akwa United are fifth on the table after 14 games this season, and are to face Jigawa, who are on 16th spot.

It is yet to be known whether or not the game will go on as earlier scheduled since as at the time of this report, no statement has been made by the League Management Committee of the NPFL.

S’African billionaire, Motsepe, takes over from Ahmad as CAF President