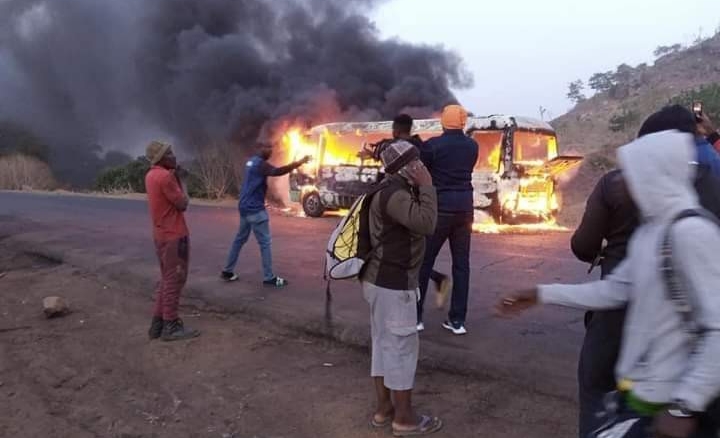 Tragedy was averted as no member of the team died in the fire, but players reportedly lost their valuables including phones and bags in the burning bus.

The Bauchi club were enroute Uyo in Akwa Ibom state, where they are billed to face Akwa Starlets (Dakkada FC) in a middle-of-the-table clash on Sunday.

The bus, which set out around 4:00a.m Thursday, according to the report, went up in flames along Kibo after Jos in Plateau state at about 7:00a.m.

Wikki are currently 10th in the NPFL table, while their next opponent Dakkada FC, are a place higher with one point ahead.

The League Management Committee (LMC) is yet to make a statement as at the time of this report. It is yet to be known whether or not the tie billed for Sunday in Uyo would go on as planned.