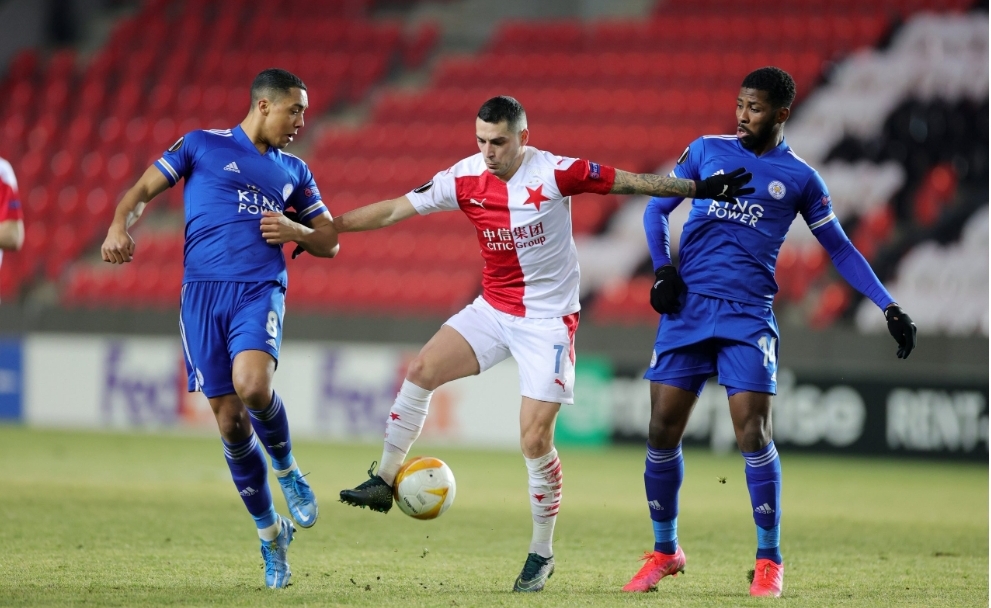 Kelechi Iheanacho and Wilfred Ndidi were in action as Leicester City held Slavia Prague to a goalless draw in the first-leg of their Europa League round-of-32 clash.

While Ndidi played the full duration of the game Iheanacho was brought on for Jamie Vardy in the 64th minute, but failed to find the winner for the Foxes.

Peter Olayinka was in play for Slavia Prague, featuring the entire 90 minutes.

Victor Osimhen played a full match with Napoli but could not rescue the Italian side who fell to a 2-0 defeat to La Liga team, Granada in Spain.

Joe Aribo was on target for Rangers, with the Eagles star opening the scoring in their 4-3 victory at Royal Antwerp.

The Scottish club came from 2-1 down to draw 3-3 before clinching a last-minute winner to be on strong advantage ahead of the reverse fixture.

Elsewhere, Manchester United took huge control of their last-32 tie after thrashing Real Sociedad 4-1 away, with Bruno Fernandes scoring twice in the game.

Tottenham Hotspur are also in control of their tie against Wolfsberger as the Jose Mourinho side clinched a 4-1 away victory.

Gareth Bale was in action for Spurs, played a key role in the win as he bagged an assist and also scored.

In Rome, Bukayo Saka was on target for Arsenal who came from behind to secure a 1-1 draw against Portuguese side Benfica.

Elsewhere, AS Roma secured a 2-0 away victory over Sporting Braga. AC Milan were held to a 2-2 draw by their hosts Red Star Belgrade. Villareal defeated RB Salzburg 2-0 away.

The second leg of all the Europa League last-32 ties is in a week’s time.