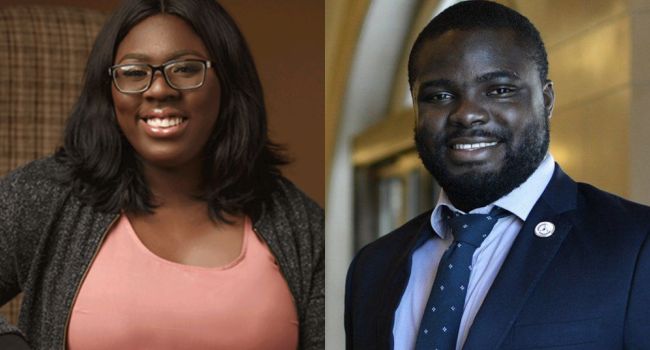 Andela co-founder, Iyinoluwa Aboyeji, and Piggyvest co-founder, Odun Eweniyi, on Saturday engaged in a debate over the involvement of Nigerian venture capitals (VCs) in elections and governance within the country.

Aboyeji had suggested the need for venture capitalists to make an inroad into the political scene in Nigeria to enable the right political candidate obtain necessary funding to back their campaign.

In a Tweet on Saturday, Aboyeji said he was already laying the foundation in line with the idea of VCs, aside from the traditional businessmen, to financially support candidates that would provide favorable policies that will grow the economy.

The investor said his company, Future Africa, was already funding a politics-related organisation, School of Politics, Policy and Governance (SPPG), in order to create a system that will make the VC for politics achievable.

Note that businessmen have often been linked with political candidates seeking public office in Nigeria, an example is Aliko Dangote who reportedly funded both Goodluck Jonathan and Muhammadu Buhari’s presidential ambitions.

With the traditional businesspersons funding the old class of politicians, Aboyeji is calling for the involvement of Nigerian VCs to join the political donation market in exchange for favourable policies as ROI (Returns On Investments), rather than the financial returns VCs are used to.

In his words, the tech guru said, “I still think one day having a billion dollar corporate venture capital fund for financing great politicians into office would be a great retirement job. Building the track record now.”

When asked about financial returns for VCs from the candidates if eventual such person wins the election, Aboyeji said, “He just needs to grow the economy 10x that much and we will make back our money.”

New godfathers on the rise?

In response, Eweniyi said the idea will result to corporate godfatherism. She said if money is not expected, than influence becomes the currency for persons who funded a politician into office.

“This isn’t just corporate godfatherism that relies heavily on the LPs being and remaining good people that won’t become evil oligarchs (since there’s no quantifiable ROI)? Venture capital implies return and if it is not money, it will be influence.

So, we have to trust that the people who funded a politician into office only want good things and good policies. This is why donations are capped in developed nations – and it is still a problem.” The Piggyvest co-founder wrote.

“Well the only people currently funding politicians into office want good things for themselves and lopsided policies for their firms.

“If you expand the circle of those supporting politicians you get a more diverse range of influence some of which will hopefully represent yours.” Aboyeji said in response.

Meanwhile, Paga founder, Tayo Ovioso, threw his weight behind the idea proposed by Aboyeji, stating that he thought about the same thing as well.