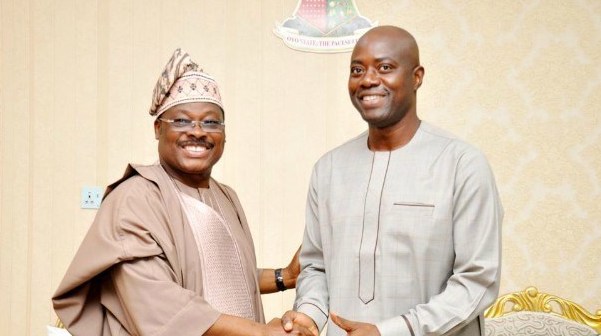 The All Progressives Congress (APC) in Oyo State has reacted to claims by the Seyi Makinde administration that some of its members who served with former governor Abiola Ajimobi carted away government vehicles.

APC challenged the ruling People’s Democratic Party (PDP) in the state to make public the identity of anyone in illegal possession of government property among the officials who served during the Ajimobi administration.

In a statement issued by its assistant publicity secretary, Prince Ayobami Adejumo, on Monday, the party stated that if the PDP cannot provide names, they should stop spending available resources on cheap blackmail and shameful propaganda.

According to the APC, the issue of vehicles allegedly taken away by unnamed persons was a clear indication that the PDP was not prepared for the serious business of governance in the state.

The statement read: “They were desperate for power and now that they have it, they do not know what to do with it. How can a serious party be comfortable with the fact that a governor it sponsored into power cannot rule out a significant action plan or blueprint but chose to dwell on mundane issues four weeks after inauguration and without any sign of promise to deliver?

“As concerned stakeholders, we have done our investigation and found out that none of our members went away with official vehicles or any government property illegally as Gov. Makinde and his party want the public to believe.

“Therefore, we challenge the present administration or any of its sympathizers to name all those they have established to be in possession of the said items and initiate appropriate measures to recoveries same from them.

“But if all the present administration and the PDP would prefer to do while its span runs out is to wage war against the persons of Sen. Ajimobi and other who served the state meritoriously between 2011 and 2019 under the banner of the ACN/APC, we wish them good luck. The whole has seen how governance has since gone on holiday in Oyo State and this is regrettable”. The statement said.

In the same vein, Oyo APC has advised Gov. Makinde “to resist every instinct or pressure capable of causing unrest in the state especially as it concerned sponsorship of anarchy and confusion at the local government tier.

“Again, the Pacesetter State should not be in the news for any wrong reason because a governor must satisfy himself or his party men.

“The current officials at the local council are a product of legitimacy and since the governor has agreed to edge them out through after his first self-help attempt failed, he should submit himself wholly to the court process without any overt or covert effort to circumvent democracy and the rule of law.

“We say no to intimidation of elected council chairmen and councillors by the governor or any of his men who are desperate to feast on the resources of local government councils as done in the past.

“The Appeal Court has picked July 5, 2019 for hearing of the case brought before it by the governor with a Caveat that the Status Quo must be maintained. What this means is that elected officials should not be prevented from functioning in their capacities and we expect the PDP government so be aware of this.” Adejumo concluded.