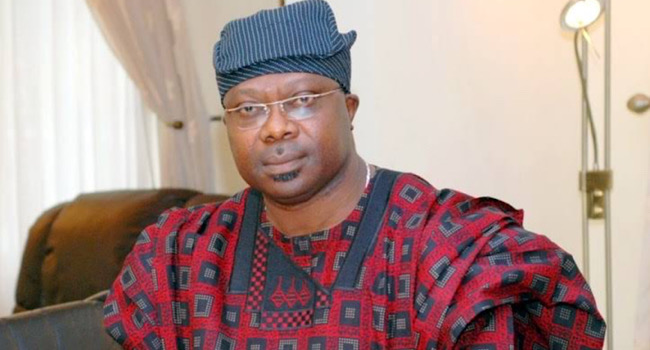 Omisore, who had contested the Osun 2018 governorship poll on the platform of the SDP, came a distant third in the inconclusive election behind PDP’s Ademola Adeleke and the eventual winner, Gboyega Oyetola of the APC.

Initially, he had refused to throw his weight behind either the APC or the PDP, but after much pressure, he went into a coalition with the APC before the September 28 rerun election.

Omisore served as Deputy Governor from 1999 to 2003 under Adebisi Akande and later as a member of the Nigerian Senate for Osun-East from 2003 to 2009.

Before his final defection, there had been wide speculations that had he been promised a senatorial ticket for Osun-East senatorial district in the 2019 elections amongst other juicy offers including the retrieval of his international passport seized by the EFCC.