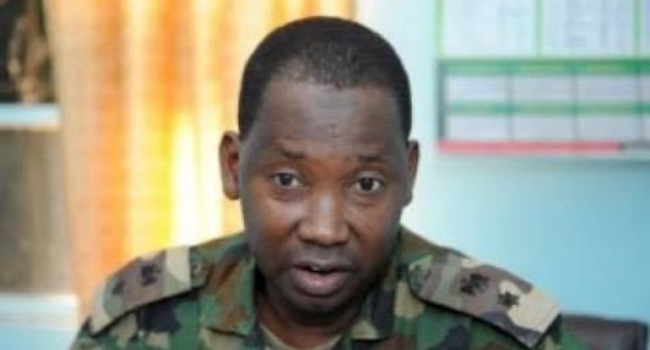 The Nigerian Army has attributed the incessant attacks by the Boko Haram insurgents in the north-eastern parts of the country to “international conspiracies meant to divide Nigeria and destabilize the peace of the country.”

This much was disclosed by the acting Director of Army Public Relations, Col. Sagir Musa, on Wednesday, while speaking ahead of the second edition of a ‘Spiritual Warfare’ seminar to counter Boko Haram propaganda.

Sagir said that the Boko Haram sect have some international paymasters and donors sponsoring its activities and that has been making the war against them quite difficult.

“The recent killing of our people on a rice farm in Borno State was unexpected, inhuman, cowardly, dastardly and sadistic cruelty by the Boko Haram terrorists,” Sagir said in the statement.

“There is no normal human being that will take pleasure in such inhuman massacre of defenceless and armless civilians, working on their farms; but that is the nature of terrorism and those who sponsor it.

“There is an international conspiracy to cut Nigeria to size and compromise national renegades making attempts to destabilise and dismember Nigeria, if possible, in subservience to the international paymasters.

“These are the owners of Boko Haram. They train them, arm them, finance them and supply their logistics.

“Without this treacherous international support of Boko Haram, they would have since been defeated. Yet, we can defeat them through our unity and unflinching support and encouragement of our security forces, particularly the military.”