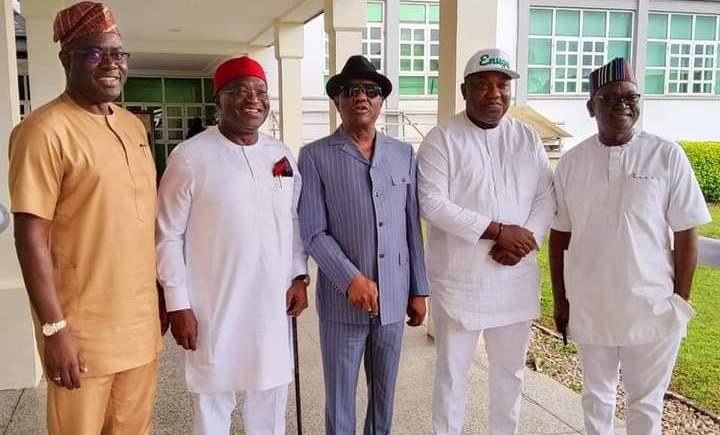 Five governors of the Peoples Democratic Party (PDP) opposing the retention of Iyorchia Ayu as the party’s national chairman met on Sunday in Enugu to devise a new strategy on their agitation.

The governors met behind closed doors for a few hours but refused to address journalists at the end of the gathering.

Reports emerged on Sunday that Atiku met with the Rivers State governor in Abuja during the week and offered to back him in the 2027 presidential election if he agrees to support his bid to occupy the nation’s highest political office next year.

Wike, according to the report, promised to consult with his allies and report back to the former Vice President at a later date.

The PDP has been rocked by infighting since the conclusion of the party’s presidential primary on May 28 with Wike’s group pushing for Ayu’s resignation over his role in the crisis.

The group withdrew from the PDP presidential campaign council last week to protest the party’s reluctance to part ways with its national chairman.