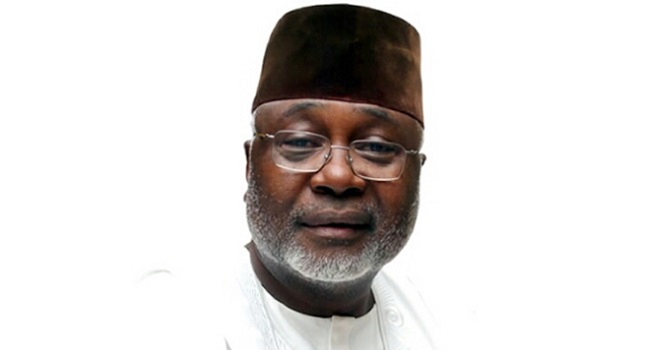 The former Deputy Governor of Benue State and the defeated All Progressive Congress (APC) candidate, Steve Lawani has rejected the outcome of the last senatorial election held in the state.

Lawani who kicked against the outcome of the Benue South senatorial election that produced former Minister of Interior, Comrade Abba Moro, as winner has also vowed to seek redress at the tribunal.

In a statement through Akor Ikwuoche, the Director of Strategy & Media Support, Lawani’s Campaign Organization, the APC candidate claimed he was robbed but promised to reclaim his mandate.

He said, “We have maintained a golden silence since that day the outcome of the election was made known by INEC so we could give enough room for proper evaluation of the level of injustice that was committed against our people in the process and then make a well informed broadcast to our supporters and the nation at large.

“25th day of February, 2019 was a day of infamy, the day INEC announced PDP as the winner of Benue South Senatorial election amidst overwhelming irregularities, fraud and violence.

“Without much ado, we wish to formally make it clear that we CAN NOT allow such fraudulent process to stand. All that took place in that election was a rape of democracy and a flagrant subversion of the collective wish of our people.

“We have carefully debriefed our Agents and all those who worked for us in that election and we have as well carefully studied the reports of the various accredited election observers and other election management stakeholders that worked in that election and all the findings revealed a wholesale manipulation of the election process right from the stage of accreditation to voting, down to the collation and the final declaration.

“This monumental fraud is replete across the nine LGAs. As a people who quest for a better society, we can not allow such fraud to be part of our culture and politics.

“Accordingly, the leadership of our great party APC and indeed our amiable Candidate Chief Stephen Lawani OFR, have resolved, on the strength of the overall findings, to challenge the outcome of the election at the Tribunal in the interest of justice.

“This noble decision to approach the Tribunal for redress is not about ‘I must be the Senator representing my people’ but it’s about our collective resolve to fight corruption and stamp out sharp practices in our public businesses .

“We have briefed Lawyers and our petition against that infamous electoral outing by the INEC in Benue South has been filed.

Recall that the Independent National Electoral Commission had declared Moro winner of the election after polling 85,162 votes to defeat Lawani, who polled 47,972 votes.