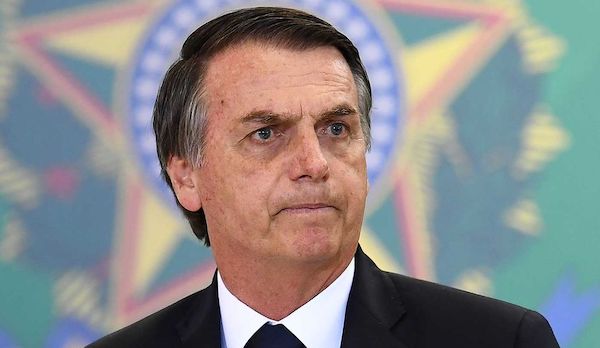 The president who had repeatedly downplayed the virus, calling it “a little flu” took a fourth test on Monday after he reportedly developed a high temperature.

During a televised address on Tuesday, the president announced his health status.

“Everyone knew that it would reach a considerable part of the population sooner or later. It was positive for me,” he said, referring to his COVID-19 test result.

“On Sunday, I wasn’t feeling very well. On Monday, it got worse when I started feeling tired and some muscle pain. I also had a 38-degree [Celsius] fever.

Given those symptoms, the presidential doctor said there was suspicion of COVID-19,” Bolsonaro said, adding that he then went to hospital where scans of his lungs “came back clean.”

Bolsonaro, who had made series of remarks in the past, trivializing the use of face masks and preventive practices also made further changes to a law on Monday which would require Brazilians to wear masks in public.

Meanwhile, Covid-19 cases have continued to soar in Brazil with over 1.6 million infections and 64,000 deaths.

The second highest after the United States according to the Johns Hopkins University tally.